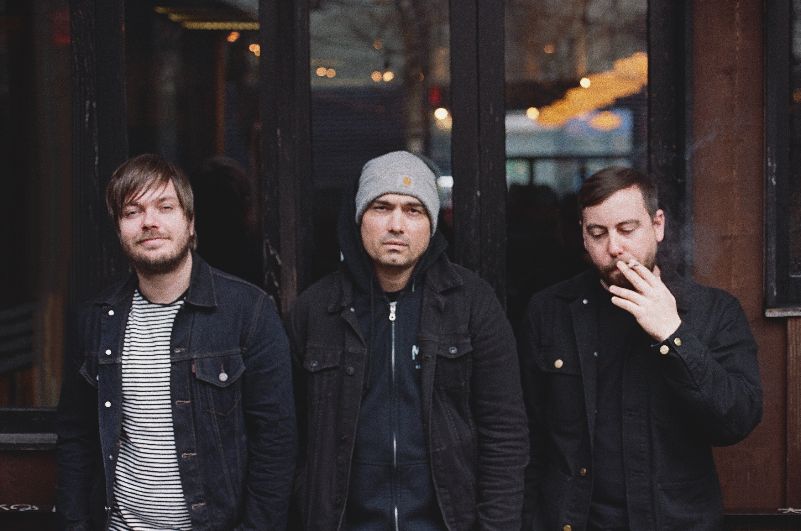 Featuring members of I Am the Avalanche and Crime in Stereo, Pass Away has released its brilliant new album Thirty Nine! If you’re looking for some fresh tunes to cleanse your ears of any terrible Thanksgiving arguments, hit play on Thirty Nine now.

Musically Pass Away has a penchant for focusing on the moments between smoking, drinking, late nights, and doing it all over again. It feels ritualistic and part of the very DNA that makes Pass Away stand out amongst their peers.

The album was recorded and produced by Jon Markson of Taking Meds and Such Gold (who’s also produced Drug Church and other bands). Jon also added additional instrumentation and vocals. It was mixed and mastered by I Am The Avalanche’s Brett Romnes.

The first single off the LP is ‘Halloween,.

“The lyrics for ‘Halloween’ came to me on the L train in Brooklyn a couple of October’s ago,” vocalist/guitarist Mike Ireland told Brooklyn Vegan. “‘Real Life or Halloween?’ is a game my wife and I used to play on the train in New York City because it was always hard to tell who was dressed in a costume or who was just being themselves.

“I wrote this about the tail end of a pretty dark place I was in a few years ago. I was just beginning to let go of some bad shit and see the light at the end of the tunnel. Giving up isn’t always a bad thing. It’s ok to say, ‘Fuck this shit, I’m done!’ If something or someone doesn’t serve you, sometimes it’s ok to bounce. Staying true to yourself is what ‘Halloween’ is all about.”

Pass Away has been playing its brand of punk music since 2013. What began as a side project, Pass Away has grown into a focused songwriting team of like-minded, driven friends.

With soul-baring autobiographical lyrics and painfully honest accounts of life-changing experiences, Pass Away continues to forge ahead with its truth.