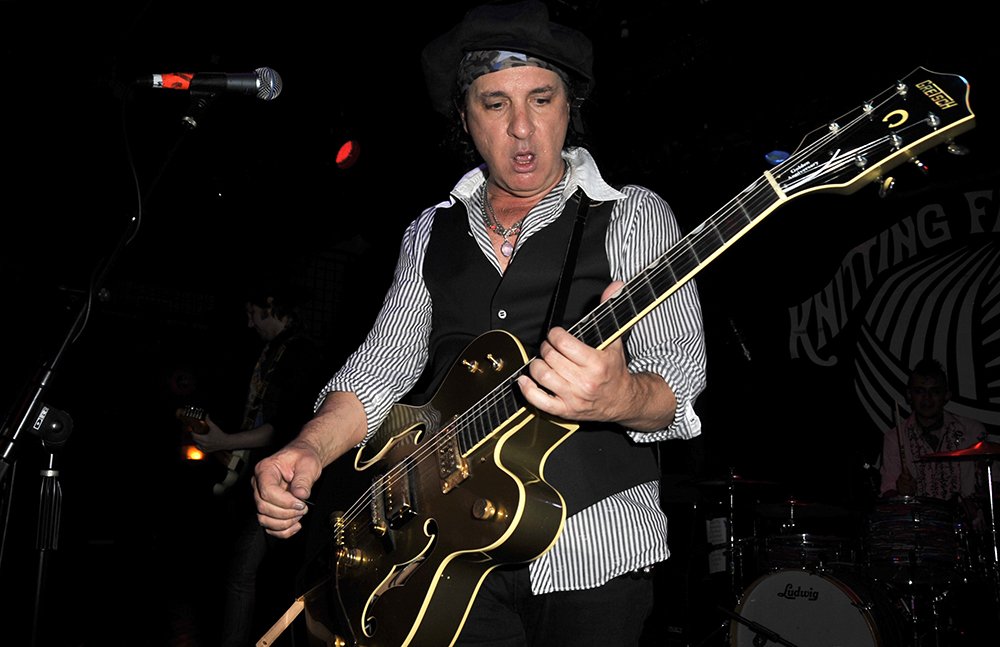 Sylvain Sylvain, co-founder and rhythm guitarist of legendary early 1970s proto-punk quintet the New York Dolls, has passed after a battle with cancer. He was 69.

In April 2019, Sylvain revealed that he had been battling cancer for the past year. He launched a GoFundMe page in the hopes to cover medical costs related to his treatment.

Sylvain Sylvain was born Sylvain Mizrahi in Cairo. Sylvain’s family fled Egypt after facing anti-Semitism, winding up in New York after a brief residence in Paris.

He joined the New York Dolls in 1972 after befriending the band’s original drummer Billy Murcia at school. Sylvain contributed guitar, piano, and vocals on the Dolls’ first two albums, 1973’s New York Dolls and 1974‘s Too Much Too Soon.

The Dolls were one of the single greatest influences on punk rock, on both sides of the Atlantic. Their influence can be heard in fellow New Yorkers the Ramones, as well as the Sex Pistols and, in fact, the entire punk movement.

While riddled by drug addiction, infighting and general band ‘fuckery’, the Dolls cast a long shadow in the classic lineup’s four years of existence.

After The New York Dolls Sylvain embarked on a solo career releasing his eponymous debut album in 1979. He recorded numerous albums as a solo artist up until the late 1990s.

When the New York Dolls reunited, Sylvain appeared on their final albums One Day It Will Please Us to Remember Even This (2006), Cause I Sez So (2009), and Dancing Backward in High Heels (2011).

“My best friend for so many years,” the New York Dolls’ David Johansen wrote. “I can still remember the first time I saw him bop into the rehearsal space/bicycle shop with his carpetbag and guitar straight from the plane after having been deported from Amsterdam, I instantly loved him. I’m gonna miss you old pal. I’ll keep the home fires burning. au revoir Syl mon vieux copain.”

With Sylvain’s death, David Johansen is the only surviving member of that classic lineup.

“As most of you know, Sylvain battled cancer for the past two and 1/2 years. Though he fought it valiantly, yesterday he passed away from this disease. While we grieve his loss, we know that he is finally at peace and out of pain.

“Please crank up his music, light a candle, say a prayer and let’s send this beautiful doll on his way,” she said.

Friends, musician’s and fans around the world who were influenced by The New York Dolls also took to Social Media

Check these punky articles out