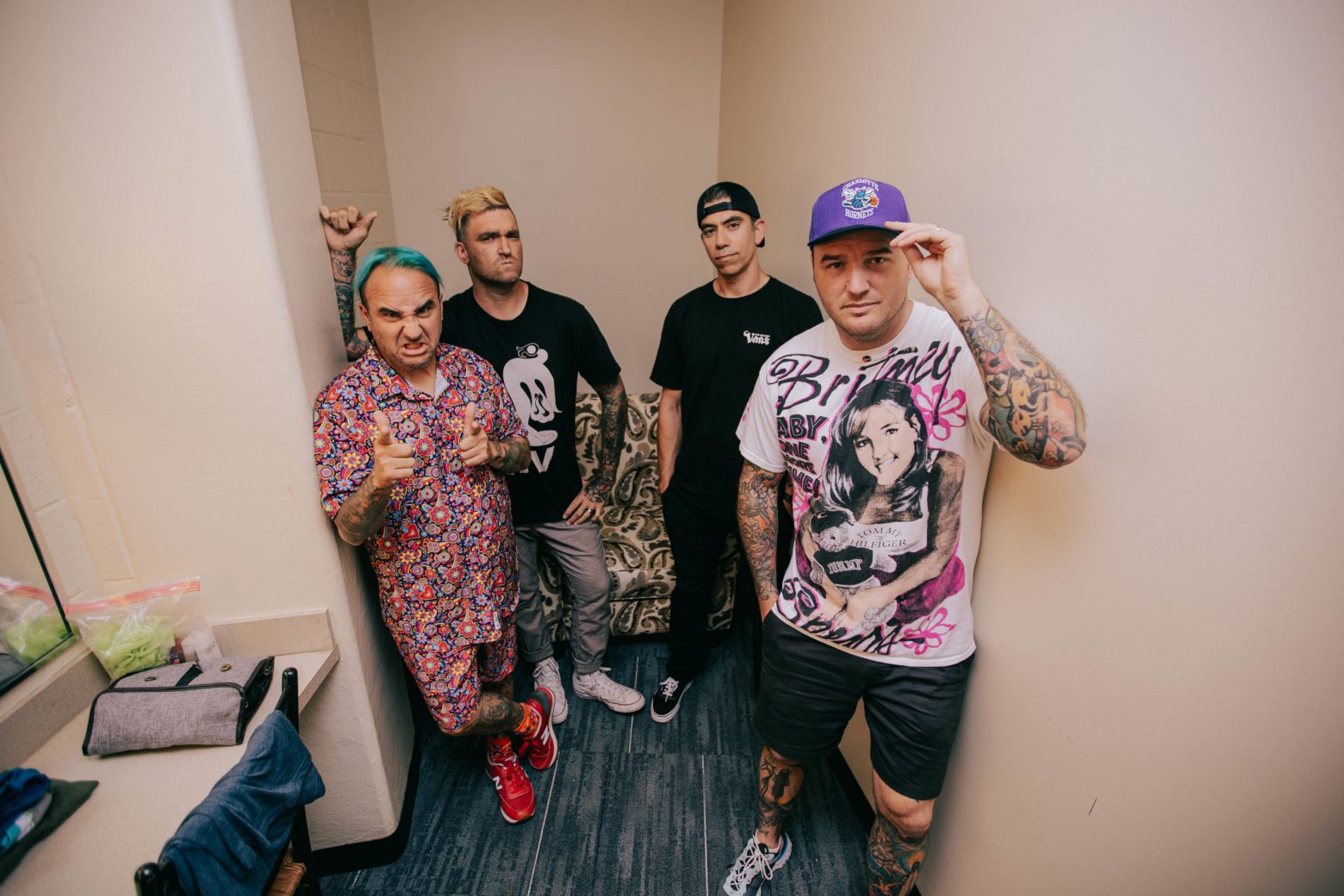 New Found Glory have announced their upcoming deluxe release, Forever And Ever x Infinity…And Beyond!!!, due out September 3rd on Hopeless Records.

This deluxe edition includes six new songs the band have written and record throughout their time in lockdown. The new release contains a limited edition double LP with a 24-page zine designed by the band themselves. Fans will also be treated to a collection of unreleased photos of New Found Glory.

The band has just dropped one of the new tracks, The Last Red Eye sharing the video giving the fans a little something new.

Guitarist Chad Gilbert shares, “We are pumped to announce the deluxe version of our 10th album, now called Forever and Ever X Infinity… and Beyond!! The new and improved version features six new songs on the album which takes it to 21 songs for 2021!

“You all have been playing the heck out of this record and showing it so much love over the last year, and now that we actually get to tour it soon, we wanted to reignite its energy and fire!”

The band released their tenth studio, Forever and Ever x Infinity,z a year ago at a time when fans were desperate for something familiar. New Found Glory have kept their strong fanbase faithful, staying true to their punk/post-hardcore energy mixed with frontman Jordan Pundik’s melodic vocals.

The band have stayed true to their sound bringing together punk and post-hardcore driven tracks full of emotional lyrics and melodic vocals ready to remind fans why they fell in love with NFG 20 years ago.

The Deluxe LP is limited to 350 worldwide and is pressed on a neon white with purple swirl variant and packaged in a gatefold jacket with etched D-side. You can order via the bands webstore. Get in now before it’s too late.

NFG are proving pop-punk will never die, with not only new music but the announcement of their rescheduled co-headlining tour with Simple Plan. The Pop Punks Still Not Dead Tour will kick off in August in Dallas and take them through to October. Several shows are already sold out as the tour travels around the US taking special guest Lolo as support.

The additional six tracks for the Deluxe Edition will also be available for digital download and streaming.

You can read Punktuation Magazines review of Forever And Ever x Infinity Here.

Get your Deluxe Edition of Forever And Ever x Infinity…And Beyond Here.