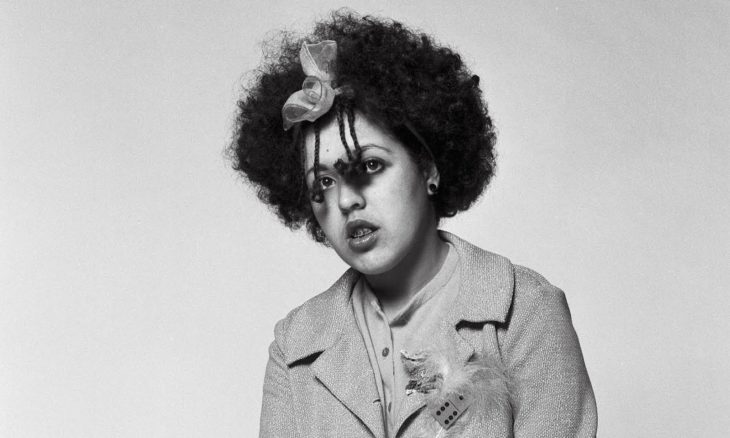 Nine years since her death, Poly Styrene remains hugely influential. Her daughter, Celeste Bell, reflects on learning ‘the family business’, how fame nearly broke her mother – and why she’s making a film of her life.

“Even when I was really young, I knew what my mum did for a living. She was always working on something: writing music, recording, doing interviews. As I got older, she’d tell me about the punk movement, about the musicians she knew and what it was all about.

“We lived with my grandmother on and off through that period, and she saw punk very differently. For my grandmother being a punk meant things like wearing odd-coloured socks, which she didn’t approve of. Even Mum didn’t like a lot about punk, too. There was loads she found exciting, of course, but she’d tell me plenty of the negative stuff: the aggressiveness of the crowds, the spitting on stage, how very few women were present at many of these gigs – and how that made her terribly anxious about performing. I realised later she was trying to warn me off becoming any kind of performer, in case I got any ideas.

“My mum was really a girl when she started playing music: she was 15 when she began performing, younger than most of the other female artists on the scene. Even though she was more talented and had more important things to say than a lot of her contemporaries, she felt she wasn’t taken seriously – not only because she was a young girl, but also because she was working class and didn’t finish school. All of this made it a massive challenge to get any respect from people in the music industry.

“When I was a young kid, in the late 80s, she was involved in the Hare Krishna movement. Through that she became friends with people such as Boy George and Chrissie Hynde.”

“When I was a young kid, in the late 80s, she was involved in the Hare Krishna movement. Through that she became friends with people such as Boy George and Chrissie Hynde. I assumed all this spiritual stuff and having well-known people coming and going was the norm. At some points, we were pretty much living in a temple, and everything revolved around Hare Krishna, including her music. I used to tell her: “Nobody’s interested in hearing songs about Krishna, Mum.” But she didn’t care.

“Then, when I was 10 or 11, she reconnected with X-Ray Spex and started work on what would become the Conscious Consumer album. Soon after, she had her first website and she started being more in touch with fans. I began to realise just how many fans she had, and how worldwide her support was.

“When I turned 15 she gave me a copy of Germfree Adolescents, and I started to understand what a great writer she was. I’d grown up listening to hip-hop and music like that of Rage Against the Machine – which, in the way of all parents, she didn’t approve of, as she told me it would encourage bad behaviour!

“X-Ray Spex did a comeback gig at the Roundhouse in London in 2008, playing Germfree Adolescents in full, and my band opened the show. I’d already seen them play Brixton Academy but being up on stage brought home the size of the audience. I was also able to meet a lot of people in the audience at that gig – people would come up to me, say how much they loved X-Ray Spex and what my mum meant to them, which brought home how deep an impact she’d had.

“When Mum passed away in 2011, lots of people came to the funeral who I wasn’t necessarily aware she’d known. There was so much genuine love, and genuine sadness – I was moved to see that depth of feeling for her.

“My mum was quite a businesswoman in how she approached her music and legacy, and she always got me involved in “the family business”, such as writing for her website. And she even suggested I take over as leader of X-Ray Spex. She still hated performing, it brought back all those old anxieties, and I guess I could have done it – I do sound a lot like her, and in a certain way it could’ve been fun. But it would have been way, way too weird for me.

“She was contradictory, though, and she remained apprehensive about me being a performer, because she said music remained a toxic environment for women. I wonder if my mum might have had a happier life if she hadn’t had that level of fame. She was always wondering what might have happened if she hadn’t dropped out of school, and although the music brought her excitement and opportunities that most people never have, it also robbed her of her mind in a sense. I think the experiences she had probably triggered latent mental health problems.

“When I saw the documentary about Amy Winehouse, with her getting trapped by her success so young, I did notice a lot of parallels: fame, even on a small scale, really does break some people. But Mum didn’t let it get her completely – that’s why she never did what was expected of her musically. She might not have been able to recapture the unique thing she created with Germfree Adolescents, but she never let anyone tell her what to be. She was true to herself, always.

“For these reasons, I am making a film about her and currently raising money to create Poly Styrene: I am a Cliche. Whenever I talk about her, I think what I really want people to realise is just what a great writer my mum was. Not just a symbol of something, or another part of the punk story, but an amazing talent. With Germfree Adolescents she built this whole world that touched on sci-fi, dystopias, social criticism, the role of women, all these things. I honestly think it’s one of the greatest records of the late 20th century. She was 15 or 16 when she started composing those songs, she hadn’t done her O-levels, she’d got into all sorts of trouble – but she could write this incredibly prophetic stuff and understand the world in a way I don’t think most of her contemporaries could. I am truly proud of her work, and my long-term goal is to get more people to understand this.

The Damned Announce The Release Of An Exclusive, Collectors’ Limited Edition Book!

Legendary Punks The Vibrators Clear Out Their Archives For A Three-CD Box Set Of Vintage Demos!