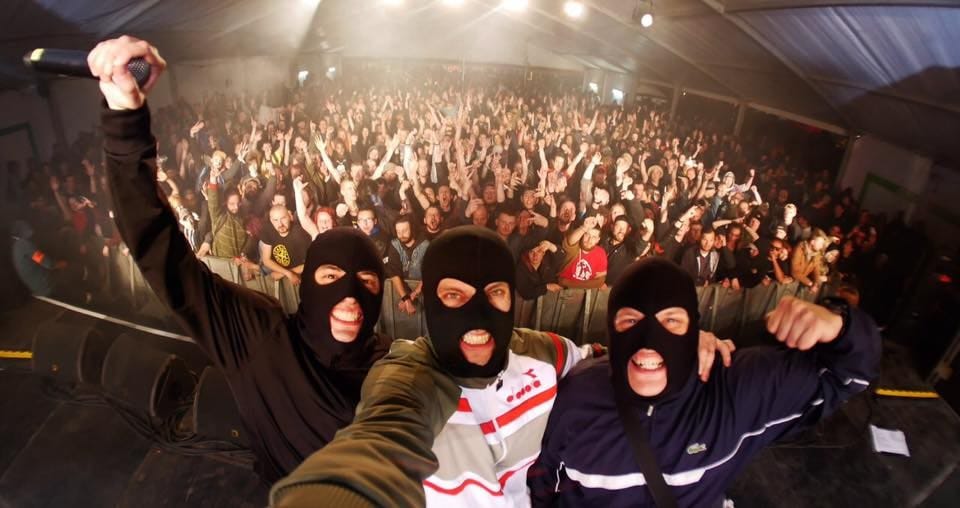 Despite moving away from electronic beats and electric guitars, MDB maintains their high-energy punk attitude with aggressive hip-hop rhymes and the whole gang bellowing anthem-like choruses.

As always MDB lyrics that call for unity are inspired by street culture, graffiti, and the struggle against hateful ideologies and injustices.

To keep their fans excited while they wait for the EP, to drop MDB have also released a brand new animated music video for the song Crocodile Style from the2018 album BOLTCUTTER. The track is an anthem for the band’s official mascot Moscow Croc – a ski mask-wearing, bolt cutter wielding anthropomorphic crocodile

Ski Mask G: “We love working with our supporters from around the world – whether doing
music videos or raising funds for charity causes, our international brother and sisterhood are always eager to jump in the pit with us and do some cool stuff. ”

Moscow Death Brigade’s headlining 2021 Tour has more than 70 dates across Europe and UK including such famous festivals as HELLFEST (FR), RESURRECTION (ES),
FUSION (DE), REBELLION (UK) and others. Of course, it’s still a question of whether the COVID situation will allow these dates will go ahead -keep an eye on Moscow Death Brigade’s website for update.

Initially created as a DIY team MDB has its roots in Russian progressive social movements and graffiti underground scene. In the last two years, the band has raised thousands of Euro for different benefit causes, such as “Sisters” foundation in Russia and “Women in Exile” in Germany.

In 2018 and 2019 MDB played more than 80 European shows with more than half of those soldout, including sold-outs in Berlin, Paris, Rome and London.