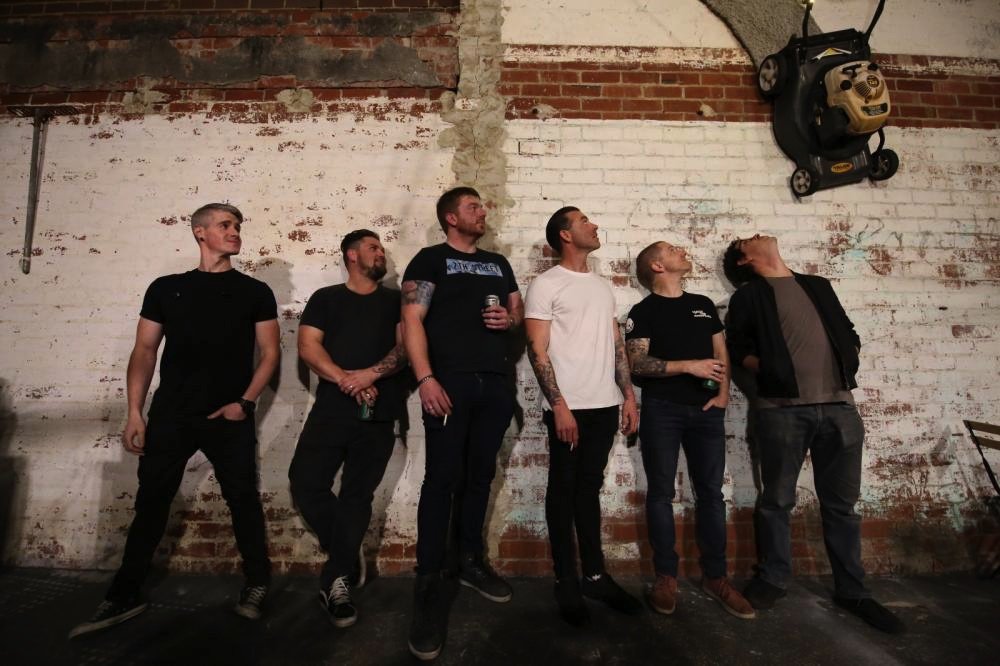 Judo CHOP! (say it like THIS) a 6 piece Aussie band give us the first taste of their forthcoming EP ‘Shelf Life’ with their single/video release ‘Disconnected’.

According to the band, this first single from the ‘Shelf Life’ EP, ‘Disconnected’, is about the fact that “Our technology allows us to connect to millions of others, but it is for nothing if we cannot communicate effectively and listen to one another with an empathetic heart and mind. An antithetical anthem for today’s dualistic, tribalist society.”

The blistering clip for ‘Disconnected’ was filmed and edited by Dave Hunter at Band Factory Digital Media and features a section presented in Auslan (Australian sign language).

Like a crushing death blow of guitars and drums, delivered with inimitable cutting vocals, Judo CHOP! will have your punk rock tendencies fighting in a headlock of air as they deliver blow after blow of precision three-part harmonised guitar riffs at blistering speed!

Josh Merriel from triple j’s Short. Fast. Loud. program spun their first single, ‘Vices’, saying that “Judo CHOP! dropped a very, very catchy sort of SoCal punk skate song at the end of last year, and I reckon you should get your ears around it. The band is called Judo CHOP!!!! and that’s exactly how you have to pronounce it! There is no other way to pronounce it. ”

With raw, authentic Australian vocals out front, Murray McDonald delivers a sound and song unique to him alone, giving Judo CHOP! a truly original sound all their own!  Judo CHOP! are set to release their debut EP ‘Shelf Life’ on the 2nd of July, 2021!

This team of experienced punk rock Judoka have been very busy in the Dojo for the last 12 months, forming in December 2018, training hard and producing their debut 6 track EP with Sensei Sam Johnson at Holes & Corners Recording Studio in South Melbourne!

Judo CHOP! is made up of various parts, but according to the band is AT LEAST 50% shred. Murray McDonald holds the Vocalist position, Shred 1 & Back up vox is Johnny Beech. Sam Howard takes shred 2 post, the Shred 3 (bonus radness slot) is known as Aaron Braddock, Andre Vikas own the Bottom End, and Ollie DW is the human Metronome.