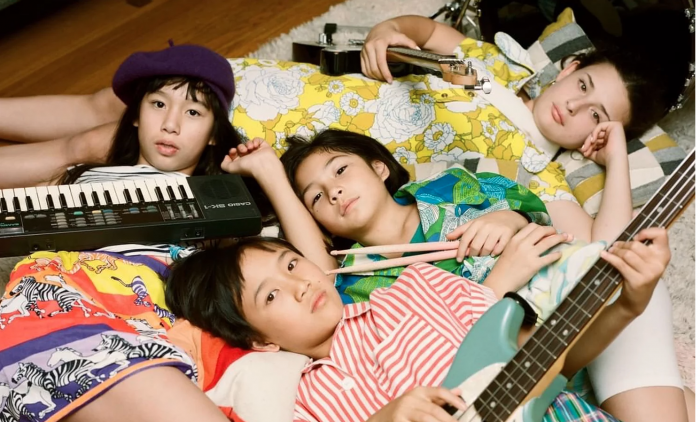 The LA Punk quartet went viral after library performance, got signed to Epitaph Records and has earned praise from the likes of Tom Morello and Thurston Moore.

Two weeks ago, the members of the hottest new rock band in L.A. walked into the Cypress Park branch of the L.A. public library for their first gig since the start of the pandemic. The Linda Lindas — two SoCal sisters, a cousin and a pal ranging in age from 10 to 16 — hadn’t played many shows before that (fewer than 10, by the band’s estimation), and the crowd, consisting mostly of librarians, was sparse.

The highlight of their 40-minute set was a barbed original, “Racist, Sexist Boy,” that drew on an upsetting encounter at school. “A little while before we went into lockdown, a boy came up to me in my class and said that his dad told him to stay away from Chinese people,” Mila said, introducing the song (the band members are Asian American, Latin American or both). “After I told him that I was Chinese, he backed away from me.”

In the following days, the library blasted out a video of the performance, and 72 hours and 4 million Instagram views later, the Linda Lindas suddenly became the most talked-about band in the country.

Members of Rage Against the Machine and Sonic Youth offered heartfelt endorsements. “One of my fav new punk bands since about the time they came out of the womb,” added Paramore’s Hayley Williams on Twitter. Flea posted the video with a comment, “The kids are alright.” The group is about to sign a record deal with L.A. punk mainstay Epitaph.

Punk fame couldn’t have come at a more inconvenient time, as the quartet are in the thick of studying for finals. In Mila’s case, she’s preparing to enter middle school.

Read the full story at LATimes.com.