How to be punk in a pandemic 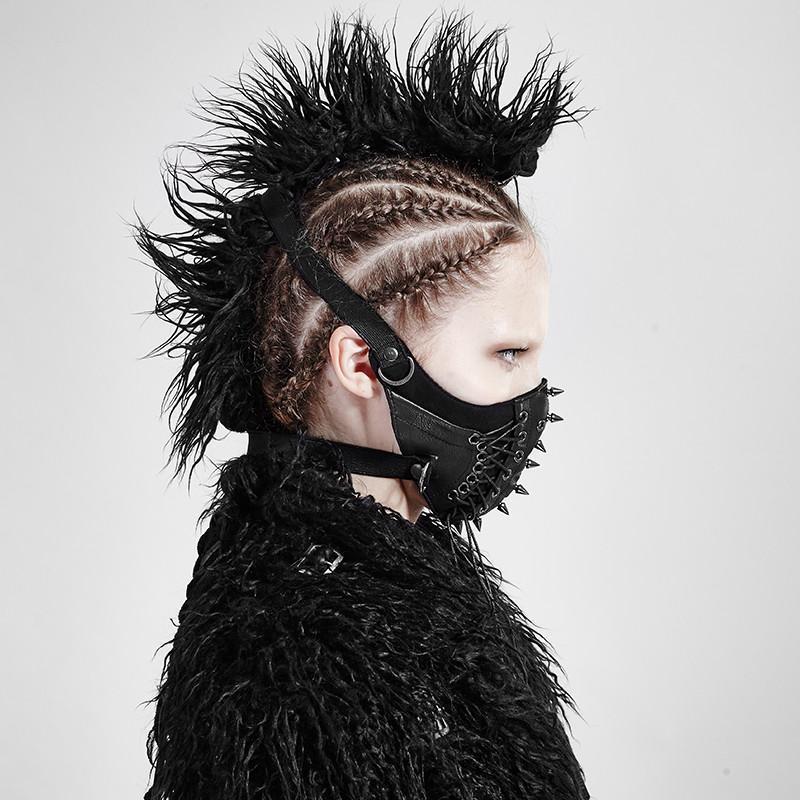 There may not be punk rock shows again until 2021, but the pandemic is an opportunity for punks to help build a better post-COVID world.

In March, the members of War on Women were preparing to leave on tour. With a week’s notice, the Baltimore punk band’s shows were all canceled, as COVID-19 shut down venues in city after city.

Shawna Potter is War on Women’s singer. She is also the author of “Making Spaces Safer,” a do-it-yourself guide to making music scenes and other communities more inclusive. Potter had hoped to spend much of 2020 on speaking engagements and workshops on that topic, but like the tour, those plans have evaporated, as well.

Instead, for the next several months, she will be training workers at music venues on preventing and responding to alcohol-facilitated sexual violence. With as many as 62 percent of artists and musicians in the United States now unemployed, Potter is grateful to have the grant-funded work, though she admits that the project’s timing is a little odd.

“It is definitely weird to reach out to places that are not open right now and may even be going out of business.” But, she said, “Now is the time for people to learn these skills. Harassment and sexual violence have not stopped, and we can use this as prep time for when things re-open.”

The COVID-19 pandemic marks one of the most turbulent moments in U.S. history, a simultaneous failure of political leadership, a public health crisis and a deepening economic disaster. Since May, the pandemic has also been the setting of a nationwide uprising — likely the country’s largest protest movement ever.

For underground music, the pandemic could pose an existential threat. An estimated 90 percent of independent music venues are at risk of closing permanently, and the country’s record stores face similar uncertainty. But, for punks — and everyone else — the pandemic is also an opportunity to begin building a better post-COVID world.

Chris Reject says everyone can do something. For nearly 20 years, Chris has run Square of Opposition Records, a punk label in Eastern Pennsylvania. Since 2008, though, most of his time has been devoted to Lehigh Valley Apparel Creations, his screen-printing company.

“I’m a T-shirt guy,” he said. “That’s what I know how to do. And T-shirts can raise money, signal boost and make people feel less alone in a world of monsters.”

For years, Reject has responded to various tragedies by printing fundraising T-shirts. After the Parkland shootings, for example, he made shirts to benefit Everytown for Gun Safety. Following the election of Donald Trump, he made shirts to raise funds for Planned Parenthood, the Southern Poverty Law Centre, and others.

The COVID-19 pandemic closed Reject’s warehouse for more than two months. Shirt orders for the year are down by half, and he is not sure if the business can survive beyond August. Reject and his staff have been keeping busy, though.

In the last two months, they have screened free masks for Black Lives Matter marches and thousands of fundraising shirts for Jesus Piece, Iron Chic and a dozen other bands and artists. Together, Reject estimates the shirts have raised $50,000 for causes including Reclaim the Block, the Philadelphia Community Bail Fund, Erase Racism and the LGBTQ Freedom Fund.

Reject is happy to be doing work behind the scenes. “Look, I’m a heteronormative, cisgender white dude. I should not be up front,” he said. “But I can be a cog in the wheel. This spotlight is for other people, but I can help them get it.”

Reject says that punk, especially right now, needs to be an act of defiance, not just a smaller version of the music industry. “There are a lot of eyes being opened for the first time, and we need them to stay open,” he said. “Punk can help stoke the fires. It can keep people angry, and it can empower them.”

But to do so, punks will have to be creative. All-ages clubs, like Salt Lake City’s Beehive Collective, Seattle’s Vera Project, and Berkeley, California’s famed 924 Gilman, have long been the lifeblood of punk rock — places where young people can hear music, interact and exchange ideas. Their doors are now closed. Under the banner of #SaveOurStages, venue owners are trying to pressure Congress to provide relief, but they are only a few of the many small businesses scrambling for donations to keep their bills paid.

924 Gilman, which has been run primarily by youth volunteers since 1986, raised more than $8,000 during a virtual event that coupled home performances by bands like Thick and Mom Jeans with archival footage of classic punk bands Fugazi, MDC and Operation Ivy. While not an ideal concert experience, the event did bring people together, and the funds will hopefully keep the club afloat. In the meantime, Gilman volunteers are furthering the club’s mission in whatever ways they can. In July, they hosted a virtual “Pride Prom” show to benefit The Okra Project, which provides home-cooked meals to Black trans people experiencing food insecurity.

Finding ways to contribute can be overwhelming, even for a long-time activist like Shawna Potter, who says she felt “powerless” when protests began sweeping the country. “Obviously, none of my experience was under these circumstances.” She thought, “What can I do if I don’t feel comfortable marching right now and I don’t just want to post articles on social media?”

As the social impacts of the protest wave became more apparent, Potter realized that many white Americans were discovering systematic racism for the first time — and that they had some awkward questions. She didn’t think that answering them should be the exclusive burden of people of color. So she ultimately decided to offer free consultations “for white people who want to become better allies to Black people.”

“I’ve been where a lot of folks are right now,” she said. “I wanted to give people the opportunity to put their foot in their mouth, without judgment — and I would support them and help move them to the other side.” Potter says that learning is a constant process — for everyone. “I’m not saying I’m perfect,” she continued. “Every white person in America is racist and always will be — and will always have to work for anti-racism. And it is work.”

Punk rock has work to do, too, she says. “Everyone deserves equal access to a good time. If you’re going to tout yourself as a genre for the outcasts, as something welcoming and tolerant, then you better do the work to make sure that’s true.”

Potter says that it matters who is on stage. From the DIY spaces to the bigger clubs, headlining bands in particular have an obligation to “make sure it’s not a strictly white, cis-gender bill.” She says that there is no excuse for that in 2020 or whenever the shows resume.

Young people and punks are not the only people who are feeling angry, frustrated and worried right now. But, Potter said, “We can change the world. We can do it ourselves. We don’t need cops. We just need each other.”

Even amidst global tragedy, there are openings to bring more people into the fold, to support one another and to work together for a better future.