How the First Lady of punk fashion is still rebelling 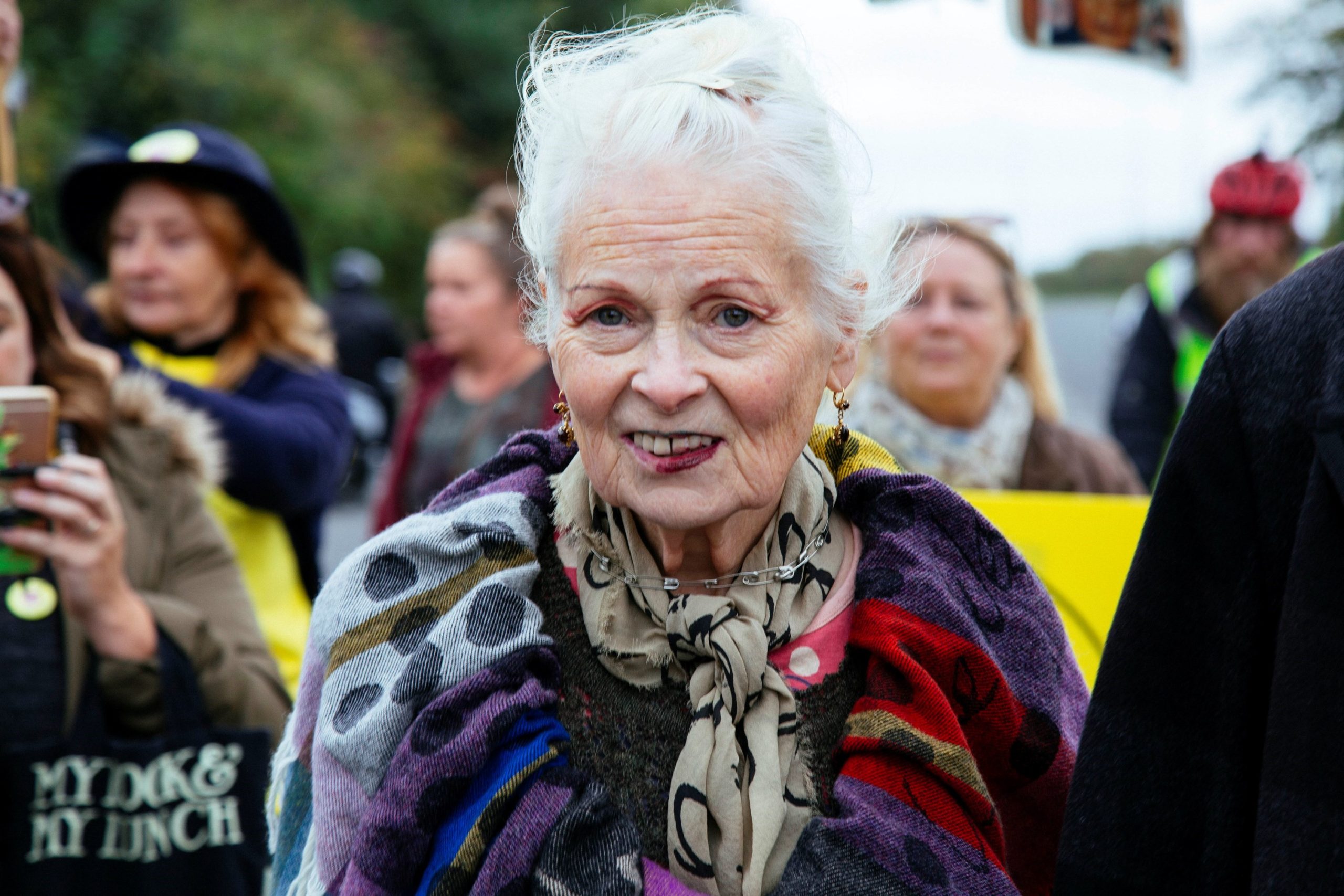 Embodiment of the early ’70s punk fashion scene, beloved fashion designer Vivienne Westwood has become an icon not only for her influential designs but also for her continued activism.

Despite being nearly 80 years old, Vivienne Westwood hasn’t slowed down in her badass, punk mentality. The British ‘national treasure’ has taken to Youtube during the coronavirus lockdown to address her followers and create a digital movement.

Titled ‘Save The World – The Big Picture’ the fashion designer has made a video every week in a bid to educate. In the poetic home videos that last only a few minutes, Vivienne philosophises over life itself and where our planet is headed during the climate crisis.

While her priority at the moment is building support to “save the world, save Julian [Assange], and buy less”, the First Lady of punk has a long history of rebelling against the government and creating clothes to rouse even the most conservative.

Vivienne’s story begins in post-war Britain as a child of working-class parents. At 17, she began a jewellery and silversmith course at the University of Westminster. However, she left soon after as she felt that a working-class girl couldn’t make it in the art world. Instead, she became a primary school teacher, married Derek Westwood, and had a son.

It was in the mid-60s that Vivenne met Sex Pistols manager-to-be Malcolm McLaren and their vision of a new world of rebellious punks donning their fashion and stomping around the streets of London began. Vivienne and Malcolm started designing and creating punk fashion for the rebellious youth in their Clapham council flat.

In a country full of teddy boys and the Beatles, followed by denim flares and the hazy days of the hippies, the punk couple took those influences and reimagined a new sub-culture.

While Vivienne and Malcolm didn’t invent the punk movement, they most certainly capitalised on it and took punk fashion to new heights. The couple sold their wares at the famous Let It Rock store on 430 King’s Road shop in Chelsea, London.

After a couple of years, the punk genre took hold and Vivienne and Malcolm delved deeper into the sub-culture. Renaming their shop SEX and blacking out the windows, passerby’s would have to be brave enough to enter to have exclusive access to the (literally) underground fashion house.

Members of the Sex Pistols and other punk figures including Mark Stewart, Gene October, and Mark Prionni would frequent the store, chain-smoking cigarettes and listening to records. Vivienne sold her fetish-inspired designs to prostitutes and young trailblazers who were brave enough to walk through up-market London in rubber dresses and spike-covered stilettos.

SEX was no longer just a retail store, it was a destination for punks who imagined a different world of anti-establishment. In one of their more famous designs, an anarchic t-shirt with a red Nazi swastika, an image of Christ and the word “DESTROY” was sold to customers.

According to Vivienne it was a political tool to challenge older generations. A way to say, “We don’t accept your values or your taboos, and you’re all fascists.”

“We don’t accept your values or your taboos, and you’re all fascists.”

Although Malcolm and Vivenne’s store had many different iterations and names over the years, there’s no denying the influence they had to bring punk to the mainstream. In our now hyper-political world where every brand has to stand for something, Vivienne was a pioneer of seeing fashion as a tool for political change. In this way, punk fashion and music are forever intertwined.

“Through every walk of life people are changing their values and their behaviour. This continues to build the Revolution. The fight is no longer between the classes or between rich and poor but between the idiots and the eco-conscious.”

After designing ripped shirts with safety pins holding them together, bondage straps, and loud logos, Vivienne took her fashions to London catwalks in the beginning of the decadent decade of the ‘80s.

As Vivienne got older, she felt more drawn to high culture and subverting politics from the inside rather than “banging our head against a brick wall of the establishment,” as she says in an interview for i-D magazine.

For their first catwalk collection in 1981, the duo looked to the past and were inspired by the aesthetics of the 17th and 18th centuries. Titled Pirate, the collection harked back to the days of highwaymen, dandies, and people in military uniforms. Like punk, the collection was androgynous and spoke to the youth of the time.

Over the next few decades, Vivienne continued to create designs, art and inspiration for high fashion but it was in the early 00’s as the climate crisis began to gain attention that the dame focused more on her activism work. Speaking out about the effects of climate change and over-consumption, each collection of Vivienne’s has had overtones of fighting for justice.

In an interview with Dazed magazine, Vivienne compares the situation to a battle: “It’s a war for the very existence of the human race. And that of the planet. The most important weapon we have is public opinion: go to art galleries, start to understand the world you live in. You’re a freedom fighter as soon as you start doing that.”

On top of her work with the UN’s Environmental Protection Agency and the human rights organisation Liberty and Patron of Reprieve, Vivienne has created her own manifesto.

Titled Active Resistance to Propaganda, the manifesto is a call to become “more cultivated” and as a result find the wisdom to save the planet for future generations. This piece of work evolved from her fashion show platforms into what it is today.

“It’s a war for the very existence of the human race. And that of the planet. The most important weapon we have is public opinion: go to art galleries, start to understand the world you live in. You’re a freedom fighter as soon as you start doing that.”

Her independent work is also showcased on her website Climate Revolution which began in 2011 to connect all of the NGOs and advocate for the climate.

“The Revolution is already begun. The fact of man-made climate change is accepted by most people. Through every walk of life people are changing their values and their behaviour. This continues to build the Revolution. The fight is no longer between the classes or between rich and poor but between the idiots and the eco-conscious.”

From uniting the youth culture of the ’70s punks to creating home videos for the world under coronavirus lockdown, it’s clear that Vivienne Westwood is not finished with exposing the corrupt government. While many 79-year-old OBE recipients would be putting their feet up, Vivienne continues to actively work with global charities, educate people on the climate crisis, and is advocating for a better world for future generations; a true pioneer of punk. 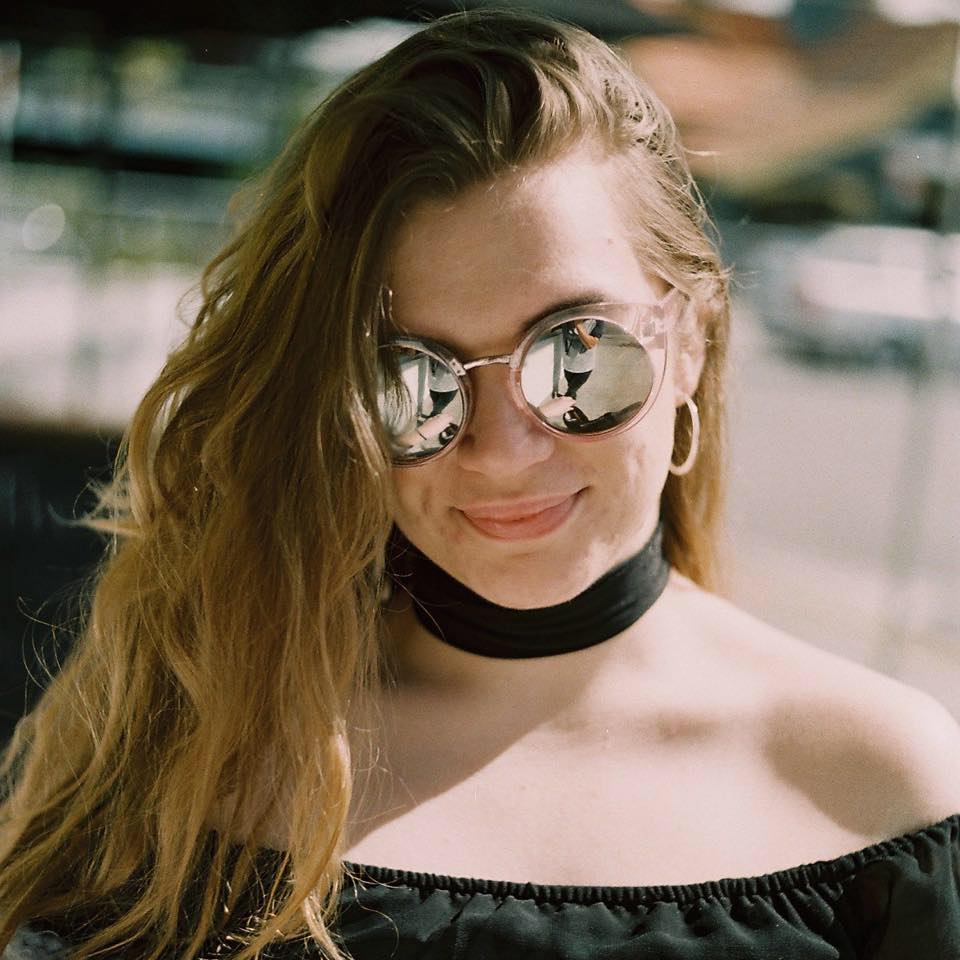 I’m a Melbourne-based journalist with a love of all things fashion and culture. When I’m not busy moving countries (I’ve recently lived in the UK and the Netherlands) I freelance for Fashion Journal, Frankie magazine and Elle. I’m also the founder and editor of the Podcast Culture Club. Growing up in a household full of punk and rock music has meant that I love going to gigs and playing music a little too loud in my headphones!