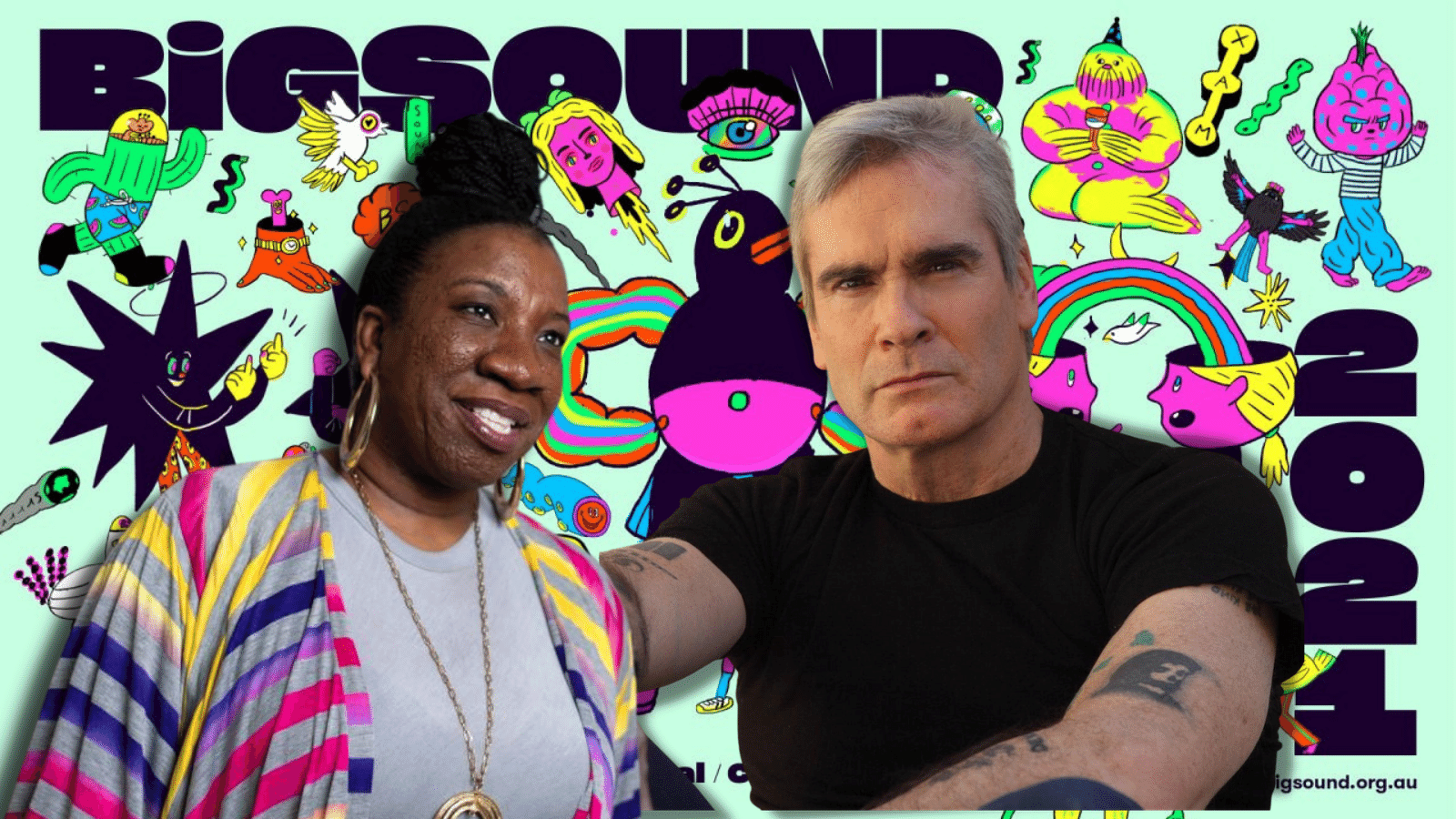 The first round of keynote speakers has been announced for the southern hemisphere’s biggest music industry gathering.

Australia’s annual music and industry event will celebrate its 20th anniversary this year, with some massive names from around the globe taking part in talks, interviews, panel discussions and more at the yearly Brisbane gathering.

Inspirational activist and #MeToo founder Tarana Burke will deliver a keynote address during the conference. The gender equality advocate and 2017 Time Magazine person of the year says she is thrilled to be taking part.

“I’m looking forward to sharing my story at BIGSOUND in what has been a 25-year journey,” Burke said.

“Laying the groundwork for a movement that amplifies the voices of millions of survivors and addresses issues of respect, dignity, and power dynamics in schools, workplaces, communities, and politics.”

Punk legend and spoken word performer Henry Rollins has also been announced for BIGSOUND 2021, who will follow in the steps of previous speakers including Tom Morello and many more.

The pair will deliver their keynote addresses live from the US with attendees able to ask questions and participate in real time.

“It’s an absolute honour to have the calibre of talent in Tarana Burke and Henry Rollins to bring their powerful insight to BIGSOUND for what will be an important piece of the puzzle as the industry grapples with the big issues to progress real, positive change,” CEO Kris Stewart states.

“This year, we have the incredible chance to reconnect, recharge and experience the magic of discovering new music with one another again – friends, colleagues, and music-obsessed strangers – who, for too long, have been separated by geographical borders.”

This year also sees the BIGSOUND welcome the First Nations-led edition of BIGSOUND’s biennial youth conference, Little BLAKSOUND. Co-curators Sycco, Jem Cassar-Daley, DOBBY, and Loki Liddle will be mentored by BIGSOUND First Nations Programmer and Producer, Alethea Beetson to “elevate, celebrate and represent the voices and perspectives of current and up-and-coming First Nations artists and industry workers” as part of the program.