Greg Antista: “Joe Strummer has been the only thing I would call a role model since the first time I saw the Clash perform.” 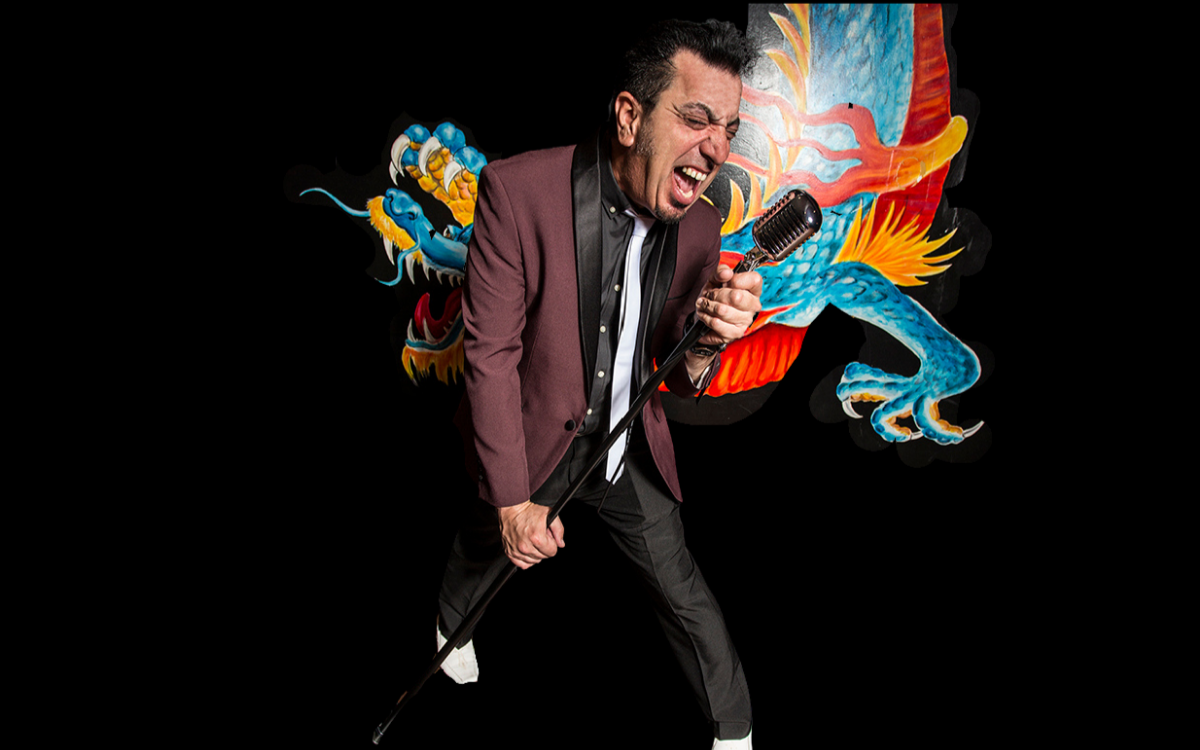 To celebrate the release of The Lonely Streets’ new LP, singer/songwriter Greg Antista, reveals his love of Joe Strummer, his close brush with the law, and his guiltiest pleasure.

Today, exclusively in Punktuation, Greg Antista and The Lonely Streets premiere their single ‘Rosalita’, a track taken from the band’s soon-to-be-released second album, Under the Neon Heat. The LP drops via Primal Beat Records this Friday and is available on CD, download, and 180-gram hot pink vinyl – yum!

Before kicking into the Q&A Greg explains the origin of the single Rosalita: “For this track, I wanted a big, fat, low-end guitar hook. The kind laid down by the likes of Roy Orbison, George Harrison, and Marco Pirroni. That’s exactly what Frank (Agnew) delivered, and I catch myself humming the melody all the time.

“Lyrically, this was a fun one, too. A great chance to draw on all the angst of past relationships. This song’s original working title was ‘I Dream Alone‘. I still think that’s a great song title, but being from Southern California and having grown up immersed in Latin culture, somehow names like ‘Rosalita‘ just naturally evolve into the song as the writing progressed.”

Pre-Order Under the Neon Heat Here

Greg Antista grew up in Fullerton, CA. Once he reached his teens he became fully invested in the flourishing Orange County punk scene of the late 1970s/early ‘80s. Antista never thought about playing an instrument until 1979 when punk exploded at his high school, Troy High in Fullerton, where he had members of the Adolescents, Agent Orange and Social Distortion as his schoolmates.

When were you at your happiest?

On stage always. It’s about the freedom and adrenaline of having just one chance to get it right.

Punk Rock Bowling 2019. Playing a sold-out show with Killing Joke. Live shows are always my best memories and it doesn’t get much better than that.

Your most embarrassing career moment?

Showing up for a gig with Social Distortion at the Troubadour with my voice blown out because I stayed up all night.

What trait do you most deplore in yourself?

Procrastination (It took me a bit too long to get to these questions).

What trait you most deplore in others?

What do you most dislike about your appearance?

I’m always so sweaty in live performance photos. Somebody, please invent an app to cure this!

What is your most unappealing habit?

I’m horrible at small talk and always cut it short.

What was the last book you read?

The Red Line, The story of the first Los Angeles cable car system. Guess I’m a nerd for history. I really enjoyed it.

What’s your most played song on Spotify/Apple Music?

Chuck Berry and Little Richard are always my “go-to” tunes for gatherings at the house.

What’s been your closest shave with the law?

There’s been a few, but once in my youth, I was stopped by LA County Sheriffs with a massive amount of weed in my car. That definitely could have been trouble. But they let me go without searching the car. I must have a nice smile.

Have you ever had a near-death experience?

Yes, being stopped by LA County Sheriffs with a massive amount of weed in my car.

What is your guiltiest pleasure?

If you could rewrite part of your history what part would it be?

I wish I would have taken piano lessons as a kid. My parents offered, but I had no interest.

Have you ever stolen anything?

I did many things I’m not proud of to feed a drug habit back in the day. Fortunately, I was never pretty enough to be a male prostitute.

What did you want to be when you were growing up?

I remember wanting to be an astronaut as a kid, but Joe Strummer has been the only thing I would call a role model since the first time I saw The Clash perform. Joe Strummer in space would check all my boxes.

What is the worst thing anyone’s said to you?

“I never loved you.” That even hurts worse than “I don’t love you anymore.”

What is the worst thing you’ve said to someone else?

“I don’t love you anymore.”

What’s the most over-rated virtue?

I like virtues. I can’t say that I always live up to them, but I think it’s good to have them there as something to aspire to.

What do you owe your parents?

I owe my parents everything. They were both honest, kind, and worked hard to raise us with the foundation of a rock-solid home. That’s so much more than most kids get. My punk rock rebellion was never against them. They’re both gone now but I hope they knew that.

To whom would you most like to say sorry, and why?

I think I covered my sorry list a few years back. It was quite an extensive list but I feel pretty good about it now. I am sorry it took me so long to get to your questions.

What is the worst job you’ve ever had?

Fried chicken cook at The Big Yellow House restaurant. Cleaning the chicken fryer is the worst. As if that wasn’t bad enough, they went out of business without notice and never paid anyone their last check.

What has been your biggest disappointment?

Being a fried chicken cook.

If you could go back in time, where would you go?

I would have loved to have been in my twenties during the 1970s. From Funk to Punk it’s the best decade. I’m sure I would have opened up the decade in bell-bottoms and platforms, and closed it out in ripped jeans and leather. Good times.

If you could have a superpower what would it be?

I need the power of invisibility so I can leave places without having to say goodbye.

Destroyed a lot of good years with a lot of bad choices.

What single thing would improve the quality of your life?

I’m really grateful for the life I have right now. Although I could use some more spare time. Perhaps a full-time assistant would be the best answer to this question.

What song would you like played at your funeral?

‘We Want The Airwaves‘by the Ramones!

What is the most important lesson life has taught you?

Be loyal and honest with friends and family. That’s all that really matters.

The band has also announced a live show to celebrate the album release at Alex’s Bar in Long Beach, California on July 23. Tickets are available at AlexsBar.com.

Connect With Greg Antista and The Lonely Streets

For more great punk news check out these……..