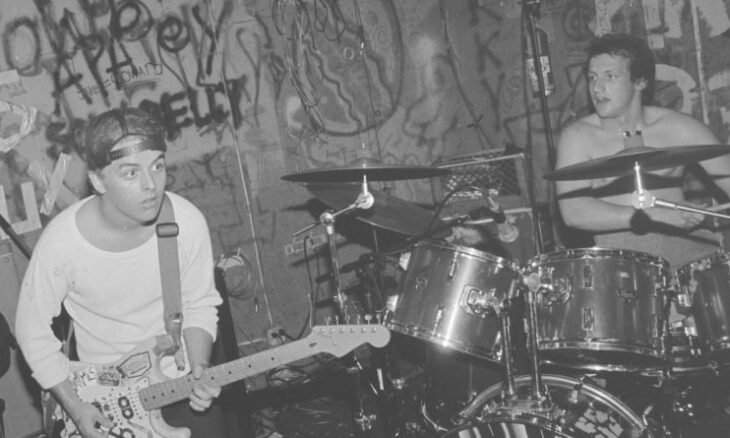 WTF? 30 years since Kerplunk! was released. Not possible? Well it is!

Wednesday, marked the 30th anniversary of Green Day‘s sophomore album, Kerplunk! In celebration of the milestone, frontman Billie Joe Armstrong shared a series of photos from the Kerplunk! days, as well as a retrospective blog written by Larry Livermore, co-founder of the punk label Lookout Records, which first released the album.

The photos, which Armstrong shared in an Instagram post, is about par for the course for what you might expect from the then-teenage punk trio in 1991, including a shot of Billie smoking a makeshift bong.

Livermore’s blog, meanwhile, finds him reflecting on Kerplunk!‘s unusual week-before-Christmas release date, and recalling how his “idiotically large” order of 10,000 copies sold out in a single day.

“About those 10,000 copies: Ruth thought I was insane to order that many.” Livermore wrote. “Even if I was releasing the record in a “normal” month, she insisted, Green Day were still a young, relatively unknown band with a couple of 7”s and an LP, which had sold well, but not spectacularly.

“For a label at our level, selling 3,000 copies was a good result, and 5,000 was excellent. Our best-selling record ever, Operation Ivy’s Energy, was edging toward the 10,000 mark, but it had taken two and a half years to get there… If we don’t sell them all this month, I argued, we’ll sell them next month. Punks don’t follow the record industry calendar.”

Mostly, though, the blog paints the picture of a young band (Billie and Mike were only 16 at the time, and their then-drummer, Al Sobrante was all of 18) on the precipice of becoming world rock stars.

“People typically assume Dookie, which came out in 1994, was Green Day’s breakthrough, but it was with Kerplunk!, more than two years earlier, that the band reached escape velocity,” Livermore wrote. “We who had known them since the beginning could only watch in awe as they headed for the stars.”