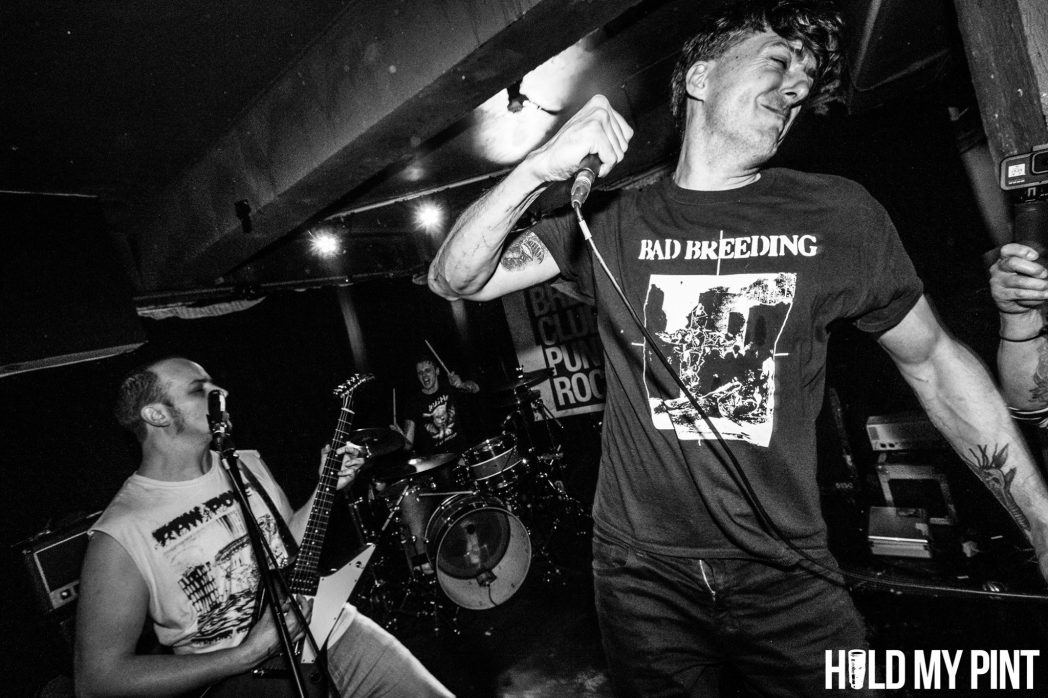 The latest single from Grand Collapse is a masterpiece that finds the band at the top of their game. Their signature hardcore punk sounds are enriched and enhanced with some thrash, mosh and rock influences, which create, along with their direct and smart politically and socially charged lyrics, an explosive mix for all fans of bands such as Propagandhi, Conflict and Bane.

The title refers to recent historical facts that happened in their hometown, Bristol. It’s a history that resonated and continues to resonate across the world. Cal, the singer, explains:

“In May 2020 the Black Lives Matter protest in Bristol resulted in protestors removing the statue of 17th-century slave trader Edward Colston from its plinth in the city centre and dumping it into the harbour. This is an important day in Bristol’s history and an action I was happy to witness. It sparked a reaction across the world which is still ongoing whereby people are affecting their landscape by removing these relics of tyranny. We called the album Empty Plinths on the back of that day and with a consideration of a cityscape without these farcical monuments.

“We began writing the record in 2019 and wrote most of it that winter into 2020 at a time where social tension in the UK was peaking. I think that mood is reflected in the record which is a lot darker sounding and a heavier album all round. We’re really happy with how it came out and have to give props to Lewis Johns for once again being great to work with and achieving the sound we wanted. The album takes a few twists and turns and hopefully keeps things interesting throughout. It’s an angry piece of music.”

The album is out now via Epidemic Records, TNS Records, Don’t Trust The Hype Records, Mass Prod., Urinal Vinyl on vinyl and it’s available on all digital platforms worldwide.

Grand Collapse is gearing up for a series of UK shows to promote the album. The band will get back to touring Europe as soon as possible.

For more latest punk new check these out…