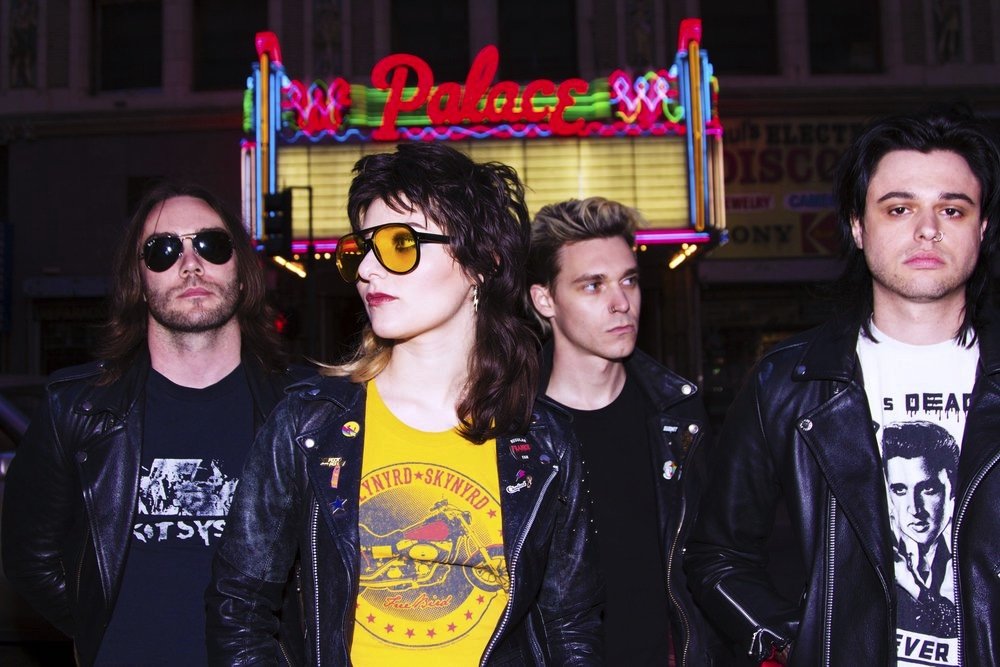 Being the daughter of guitar legend Gilby Clarke (Guns N’ Roses, Slash’s Snakepit) it goes without saying that music is in Frankie Clarke’s blood. She cites her influences as the Ramones, Green Day, The Clash, as well as Hayley Williams from Paramore and Julian Casablancas from The Strokes. Therefore, it should come as no surprise that her band Frankie and the Studs, thrash out an energy that pays tribute to the iconic punk bands of yore, whilst delivering its own fresh interpretation of what rock music in the ’20s should sound like.

The band’s fresh and exciting energy quickly scored them a tour with bay area punk band The Longshot – fronted by Green Day’s Billie Joe Armstrong confirming to the world that Rock ‘N’ Roll ain’t dead – not by a long chalk.

Talking about Frankie and The Studs latest single, ‘(Not Your) Victim’. Frankie says that the song is, “Inspired by the inherent strength women possess. Through the challenges of living in a patriarchal society, we can never have enough reminders of our innate super powers as women. Women supporting women is a powerful force to be reckoned with and this song reminds us to do just that.”

To celebrate the release of ‘(Not Your) Victim’, (released through Australia’s Punktured Media record label) Frankie And The Studs invite you to join them via live stream at the Gibson Showroom in LA for a one of a kind live show. Tickets are FREE but limited, so make sure to RSVP!

Not only is your ticket free of charge but it will also give you exclusive access to a live Q&A. Should you wish to make a donation and/or purchase some of the brand new designs in the merch store after the show, 10% of the proceeds will go to Chicas Rockeras SELA, a program designed for girls and gender expansive youth between the ages of 8-17 that promotes healing, growth, and confidence for girls through music education while building self-esteem and encouraging group collaboration.

Click here for more information or RSVP through the links below

Connect with Frankie and The Studs