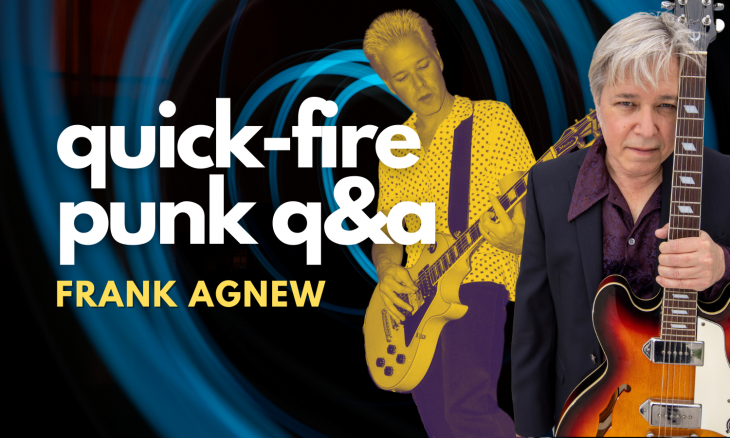 Frank Agnew, one-third of the Orange County punk royal family (Rikk, Alfie & Frank Agnew) on his life of crime, being mistaken for a lady and the consequences of drinking too much vodka!

Frank Agnew (born on August 18, 1964) is an American guitarist, and probably best known for being a member of OC punks the Adolescents, a band he formed with Steve Soto in 1980 after leaving Social Distortion.

“Unfortunately the ‘classic’ Adolescents broke up in August 1981 just before our first ever tour was getting underway (oddly enough, we’d never made it out of California). Not too bad for a band that was only together a year and 8 months!” Frank explains on The Adolescents’ website. “After the breakup, Steve and I formed Legal Weapon.”

Frank, who lives in Brea, California, then went on to join T.S.O.L. as a touring guitarist and in 2010 joined 45 Grave. Not one to rest on his laurels, late last year Frank joined Greg Antista and The Lonely Street. The band’s latest album Under The Neon Heat was released last month on Primal Beat Records.

When were you at your happiest?

When I was a little kid listening to records, and nothing else mattered.

Your most embarrassing career moment?

Forgetting half the songs at a live show because I had too much Vodka.

What trait do you most deplore in yourself?

I overreact at times.

What trait you most deplore in others?

What do you most dislike about your appearance?

What is your most unappealing habit?

What was the last book you read?

Roger Daltrey’s autobiography, Thanks a Lot Mr. Kibblewhite: My Story.

What’s your most played song on Spotify/Apple Music?

‘Amoeba’ off the first Adolescents album. It was written by Casey Royer and my older brother, Rikk. Rikk and I played the guitars. So many bands have covered ‘Amoeba.’ It’s well on its way to becoming a punk covers classic to rival ‘Sonic Reducer’ or ‘I Wanna Be Your Dog.’

What’s been your closest shave with the law?

Have you ever had a near-death experience?

What is your guiltiest pleasure?

Listening to The Carpenters.

If you could rewrite part of your history what part would it be?

I would keep the original Adolescents going a bit longer.

Have you ever stolen anything?

Candy when I was a kid, felt bad so I gave it away.

What did you want to be when you were growing up?

What is the worst thing anyone’s said to you?

What is the worst thing you’ve said to someone else?

“Will you marry me?”

What’s the most over-rated virtue?

What do you owe your parents?

To whom would you most like to say sorry, and why?

Woolworths management for stealing the candy.

What is the worst job you’ve ever had?

What has been your biggest disappointment?

If you could go back in time, where would you go?

If you could have a superpower what would it be?

To sleep through the night.

Depends on who you ask.

What single thing would improve the quality of your life?

Season tickets to the Anaheim Ducks.

What song would you like played at your funeral?

What is the most important lesson life has taught you?

Stay close to those you love.

Frank recently joined Greg Antista and The Lonely Street. The band’s latest album Under The Neon Heat was released last month via Primal Beat Records and is available on all streaming platforms.

Connect With Frank Agnew on his socials

If ya liked this… check out these… 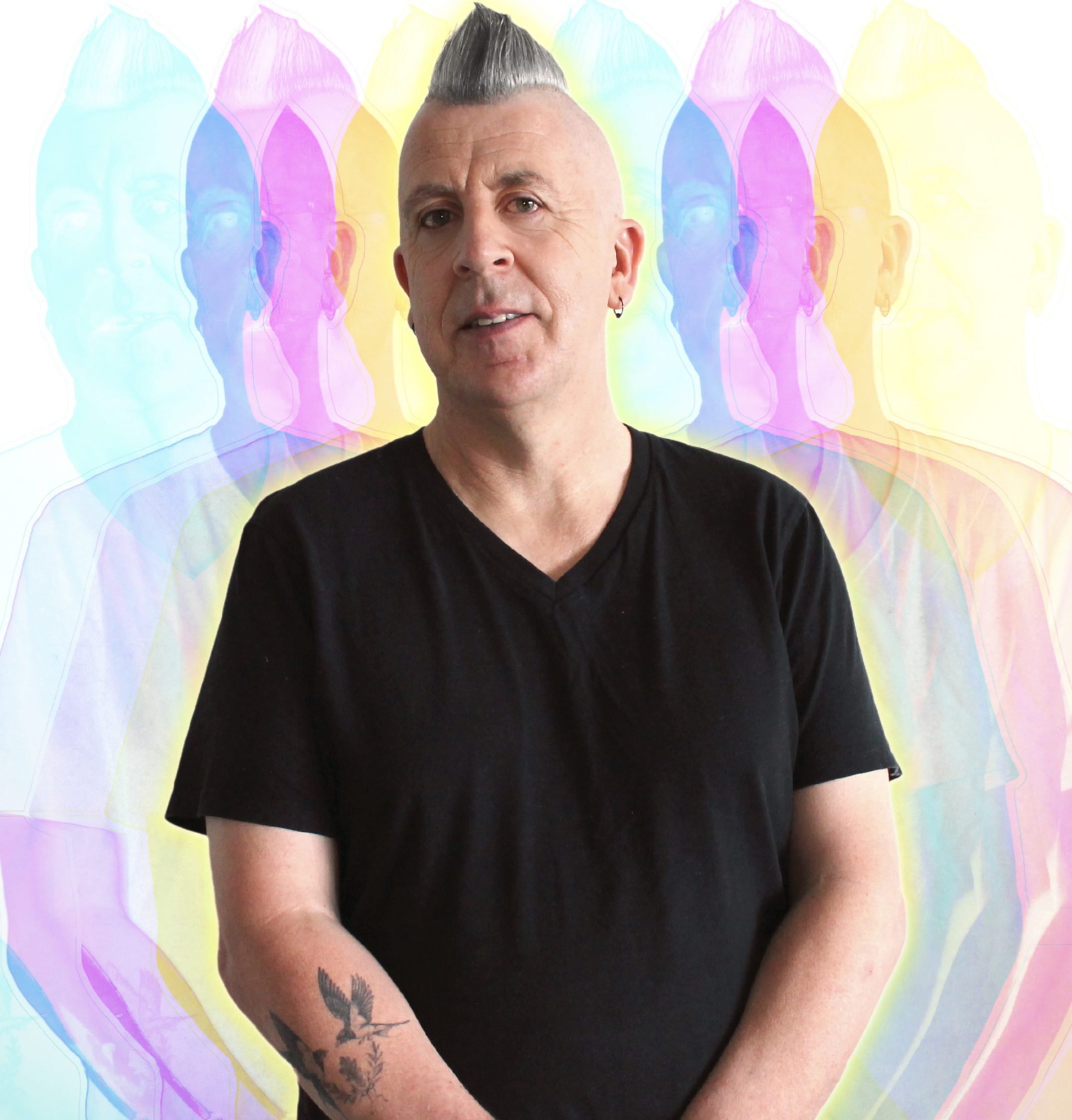 I'm a London born and bred music journalist, a mediocre bass player and the occasional strummer of the guitar. In the '80s I worked in recording studios and made a few records you'd probably recognise. I have written a couple of books and made the odd media appearance as a music commentator. I now call Brisbane home.
Advertisement

‘Don’t be an A-hole this Christmas, Just Be Nice’ Says MxPx!

Sold Out Amyl And The Sniffers Berlin Show Cancelled.

Malcolm McLaren and Vivienne Westwood’s son accused of faking his burning of £5 million worth of punk memorabilia.