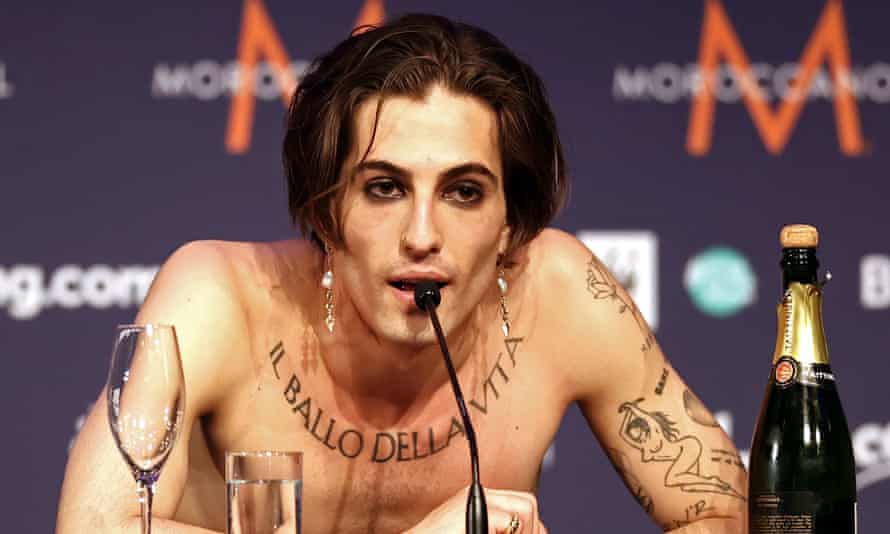 The lead singer of Eurovision winners Måneskin did not take drugs during the grand final, an inquiry by organisers has concluded. The European Broadcasting Union (EBU) said Damiano David, frontman of the Italian punk rock band, had returned a negative result in a drugs test since Saturdays event.

The band, who won with the song Zitti E Buoni, (Shut Up And Good) had “strongly refuted the allegations of drug use” that emerged on social media after David appeared to bend over a table in the contest’s green room while on camera.

A statement from the EBU said that following the allegations, as requested by the Italian delegation, it had conducted “a thorough review of the facts”, which included checking all available footage

“A drug test was also voluntarily undertaken earlier today by the lead singer of the band Måneskin which has returned a negative result seen by the EBU. No drug use took place in the green room and we consider the matter closed.”

The EBU added that it was “alarmed that inaccurate speculation leading to fake news has overshadowed the spirit and the outcome of the event and unfairly affected the band”.

During a press conference following Måneskin’s win, David denied using drugs and said he bent over because another band member had broken a glass at their feet. The EBU subsequently said band members had asked that David be drug tested to refute the speculation.

While Italy celebrated its first win since 1990, the UK got a well-deserved post Brexit bashing by their ex European friends and came home with zero points!

However, earlier in the day ,the UK’s international trade secretary, Liz Truss, dismissed the idea that the UK’s nul points was a “post-Brexit snub”. She told LBC there was a “fundamental problem” with the way entrants are currently chosen and suggested the BBC shouldn’t choose future artists.

Keep Up With Måneskin On Socials