‘Don’t be an A-hole this Christmas, Just Be Nice’ Says MxPx! 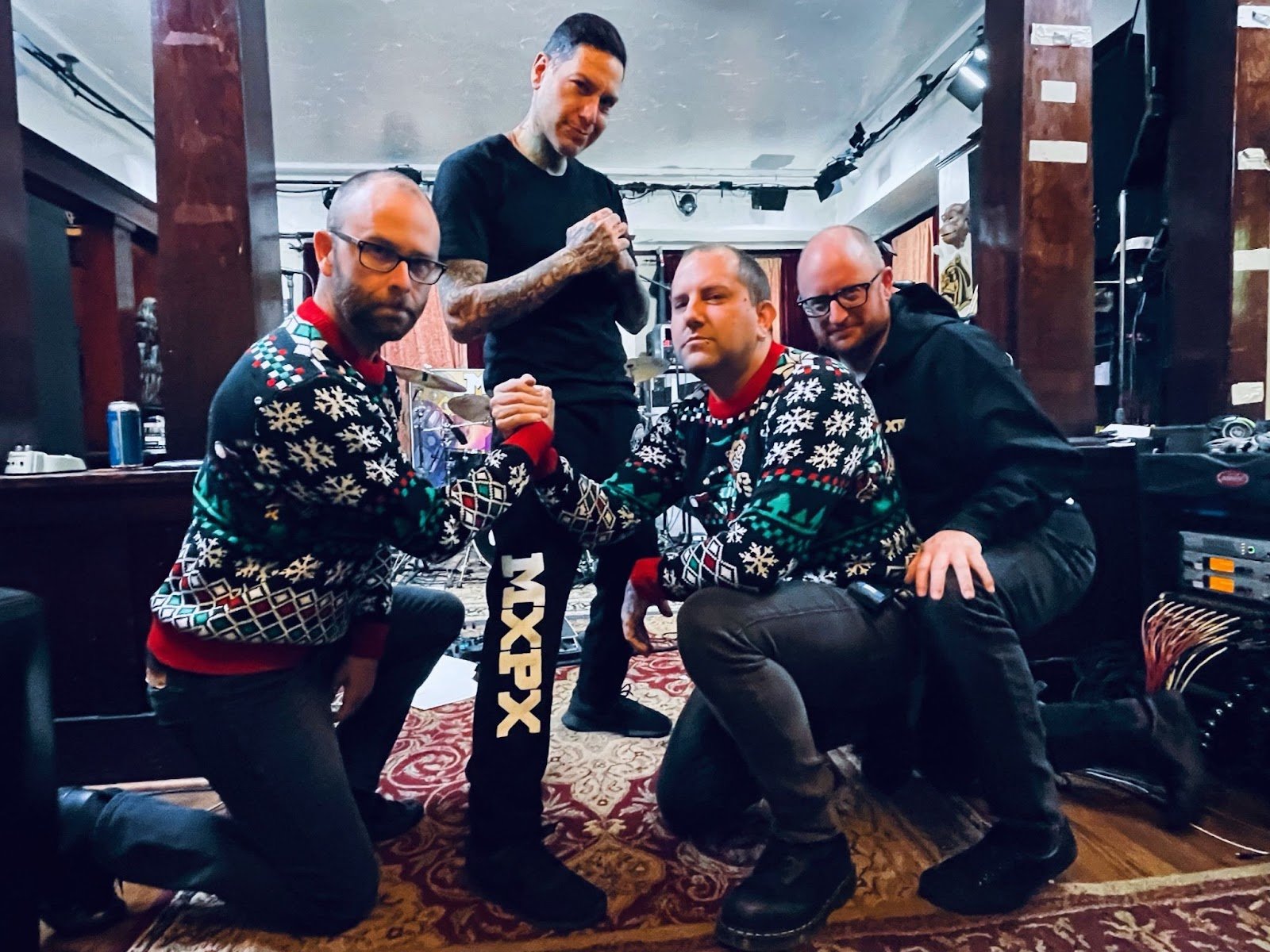 The Washington state pop-punk legends, release their ‘earworm’ of a Christmas toon ‘Hold Your Tongue and Say Apple’,

MxPx is ringing in the holiday spirit once again with a new song titled, ‘Hold Your Tongue And Say Apple,‘ accompanied by a Christmas Carol themed animated video. The quirky, energetic pop-punk track boasts, “you’ve been an asshole…so all I want for Christmas is for you to be nice” – a message many across the world need to say and hear.

Along with the holiday song, MxPx has added new limited edition items to their merch arsenal -including an ‘ugly’ Christmas Sweater featuring the one and only Pokinatcha Punk. The band also announced their annual Holiday Live Show on the internet, streaming at MxPx.com on December 23rd, 2021

“Hold Your Tongue and Say Apple” accidentally has immaturity and wisdom all baked into one happy, messed up message…but it’s coming from a fun place. A song my kids won’t hear because I don’t want to have to tell them what an asshole is and that no, even though Dad says it, A-hole is not really a nice name to call your teacher! In case you missed it, the A-hole can be all of us – but mainly, it was me.”

Last week, MxPx surprised their fans with the online release of their new live album Southbound to San Antonio – a 23-track live album recorded at their final show before the 2020 Pandemic. The band then thrilled fans by announcing their return to the live stage in 2022, starting with Anaheim, CA on April 1st and Phoenix, AZ on April 2nd, with more to be announced soon.

MxPx has consistently embodied the DIY punk lifestyle, and they haven’t strayed from their roots. Even amid the global pandemic, the band embraced the challenge of connecting fans to their music innovatively.

As noted by Complex, “While some [artists] have stuck to one-off tour-emulating specials…to more intimate productions like punk band MXPX’s practice space sessions—have elected to experiment with a format that may very well remain a fixture in the industry even post-pandemic.”

Through vast innovations, new music releases, and continuous fan engagement, MxPx is not only thriving, but they are on top of the world.

In May 2021, the band continued making waves with their release ‘Can’t Keep Waiting,‘ which initially was developed in collaboration with fans and debuted through their online live series Between This World And The Next.

MxPx effortlessly stands amongst the ranks of timeless artists with a demographic of life-long and new fans joining together to relish in the punk soundwaves. 2022 marks the 30th anniversary of the band’s career so, fans can expect an onslaught of announcements and surprises for the new year. Visit MxPx.com for more information about MxPx and ticket sale information.

Hold Your Tongue and Say Apple