Documentary to tell the story of LA underground venue Jabberjaw 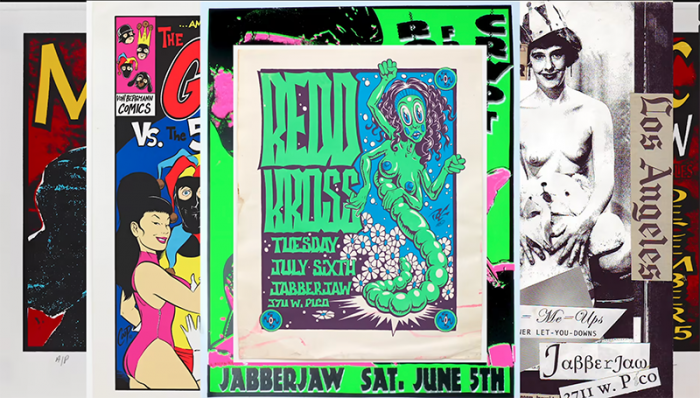 Trailer out for forthcoming film about the tiny club played by Nirvana, Green Day, Sleater-Kinney and others

A new film is set to tell the story of Jabberjaw, the Los Angeles all-ages underground music venue that was open from 1989 to 1997. During that time, it became a key part of the city’s musical map, hosting the likes of Green Day, Sleater-Kinney, Jawbreaker, Bikini Kill, Rocket From The Crypt and even Nirvana shortly before the release of ‘Nevermind‘.

Jabberjaw was run as a coffeehouse and music venue by Gary Dent and Michelle Carr and had no alcohol licence, no backstage area and no pretensions.

As Dent told Vice in 2015: “The thing that made Jabberjaw so special was the fact that it was stripped down no frills just rock n roll. We were all ages and no pay-to-play – which was big at the time; always five bucks to get in, no backstage, no band riders – you hung with your favourite band all night ’til it was time to watch them play. It was very personal and really made you feel like a part of the show.”

Work on Jabberjaw: The Documentary! is still ongoing, but the producers have put out a trailer for it in which Iggy Pop – in the audience for that Nirvana show – notes: “This place was like my dream of a club.”

The film is being directed by Eric Pritchard, who edited the John Lydon documentary The Public Image is Rotten, and will be put out by the independent film collaborative Lucky Drifter.

For more new music check these out…