Did Australia Actually Give Birth To Punk? 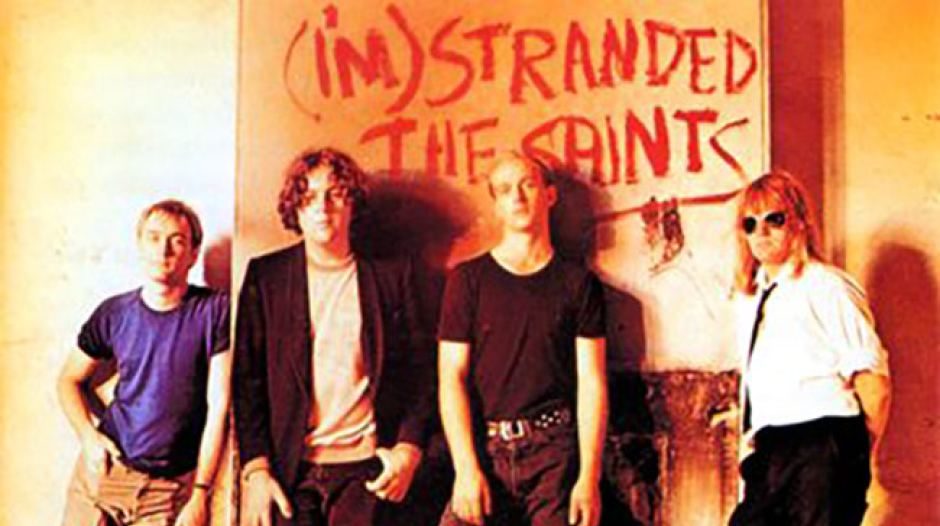 Australia doesn’t generally spring to mind as a crucial player at the dawn of punk. However, there is no doubt that this ‘great southern land’ was right there, leading the way towards the punk revolution.

It’s common knowledge, New York’s punk scene was spurred on by the proto-punk and garage rock from the ’60s. In fact, the term ‘punk rock’ was coined by an American rock critic in the early ‘70s describing bands like MC5 and Iggy and the Stooges.

No doubt the defining point of reference for the birth of punk was N.Y.C 1973/74 when iconic bands like Television and the Ramones appeared on the scene and changed the world of music forever.

The British punk scene followed closely behind in the mid ’70s, with a more aggressive style. The Sex Pistols and The Clash led the rebellious youth; a faithful army, ready to defy the ‘British establishment’ just as much through their fashion of DIY clothes and safety pin as the music itself.

Then at the end of the decade, the L.A. punk scene emerged, harder, faster and louder.

However, let’s go back to to beginning. To Australia, 1973 to be precise. Little did the the world realise that in the suburbs of Queensland’s quiet capital, Brisbane, a punk revolution had begun that was challenging the local authorities. Nor did anyone realise that it would go on to inspire a plethora of local and international punk bands right through to this very day.

The Saints were formed in ’73 by guitarist Ed Keupper and vocalist Chris Bailey, conceived at a time of extreme rightwing political control, a time in Queensland where the violent local police and the draconian state government frowned on anyone who didn’t conform to their almost neo-fascist beliefs.

Heavily influenced by bands like The Stooges and MC5, The Saints sound was frantic and exploded with energy – unlike anything else at the time.

Chris Bailey’s disdain toward the authoritarian leadership of Queensland’s government at the time was clearly defined in his lyrics and fuelled by the corrupt boys in blue continually arresting fans attending shows just because they didn’t like the look of them.

The band gained notoriety, and their popularity grew, eventually landing them a three-album contract with EMI.

The following year, saw Sydney’s Radio Birdman rising up with a similarly inspired sound. This year also saw the conception of Nick Cave’s, The Birthday Party, formed under its original moniker, Boys Next Door. Perth’s underground punk scene was burgeoning too and gave birth to the likes of massively influential bands Scientists and The Victims.

This era in music opened the floodgates for a continual flow of punk artist all drawing on their own influences thus creating a continually evolving scene.

The Screaming Tribesmen, Lime Spiders and Celibate Rifles arrived at the end of the decade, each with their own dynamic punk sound.

Still popular and touring today the Hard-Ons, Sunnyboys and Cosmic Psychos also hit the punk circuit, finding their own niche through the ’80s. The Birthday Party also evolved, embracing the darker elements of the genre, pioneering early gothic and horror punk vibes.

Every punk scene has its own sound, with Australia being no exception to the rule. The explosion of Seattle grunge, followed by the rise and dominance of pop-punk through the ‘90s, saw punk draw in alternative elements lending bands the right to create their own signature sound.

Rockabilly punks The Living End applied this DIY ethos when they heard Green Day were touring in ’96.

The band put together a package of homemade merchandise, including their first EP, and sent it to the US band’s PR, with a note saying something like, “Can we open for you in Australia?”.

It worked. They loved it. The Living End went from playing pub crowds of 20 to venues of 60,000 and are still one of the most popular bands in the country today.

The ‘90s also saw hardcore jokers Frenzal Rhomb carve out a uniquely Aussie punk flavour, paving the way for an era most music lovers claim to be the best. Bodyjar, Area 7, The Meanies, and more, all setting the groundwork for Australia’s unique punk flavour.

The last 20 years have seen punk in Australia explode in every possible direction. From hardcore to pub-punk to pop-punk we have seen some amazing acts emerge.

The early 2000s saw The Californian Pop punk scene explode in a whole new way. Appealing to a different generation with different issues. The intensity of this punk evolution is still being felt 20 years on.

The pop-punk subgenre no doubt had a huge influence over many of the upcoming bands and the calibre of punk acts Down Under at the moment beyond impressive.

This resurgence has brought on a rapid rise for bands like Yours Truly, Stand Atlantic and Slowly Slowly all of who are gaining momentum overseas as well as at home.

With upcoming pop-punk acts like Snark, The Black Catapult and Columbus working their butts off, as much as a pandemic will allow, pop-punk is still alive and blooming down under.

Punk’s broad spectrum, however, has given bands a blank page to create music that follows their truest intentions.

Heavier styles of punk with a heavy rock riff infusion has built a whole new energy from bands. Adelaide bred punk’s Wolf & Chain have embraced theatrical horror punk in a spectacular way, with a hardcore emo edge to their sonic storytelling.

The fusion of punk and metalcore, highly influenced by A Day To Remember has sparked excitement with bands like We Set Signals (who have recently been picked up by U.S. label We Are Triumphant) A Somerset Parade and Colour & Shade – alol of whom are out-performing some of the more established bands.

Punk music is a crucial element for getting a message across, be it about unjust political systems, the demand for racial and gender equality, fighting a misogynous world, domestic abuse or simply just standing up for the underdog, holds its relevance as much today as it did at its inception.

This fierce charge is led by some of our most brilliant femme punks embracing their inner riot grrrl – Amyl and the Sniffers, Glitoris, Dicklord, Boysclub, Flangipanis, Being Jane Lane, Chelsea Manor are just some of the girls (and guys) out there leading the fight.

It’s impossible to list all of the brilliant punk bands playing, touring, recording and creating a storm here in Australia at the moment.

The music industry in Australian is lucky, with the pandemic losing its grip over here. Bands are back on the road playing for crowds who need music as a release now more than ever.

Punktuation! has put together a playlist of some of our best old-school, current and upcoming punk bands. Check it out on Spotify playlist, Aussie Punk Past Present Future.

We promise you will quickly see what all the hype is about.

Did you enjoy this story? Here’s some more…