Covered in Punk! 10 Punk Covers – by Bands That Did it Their Way! 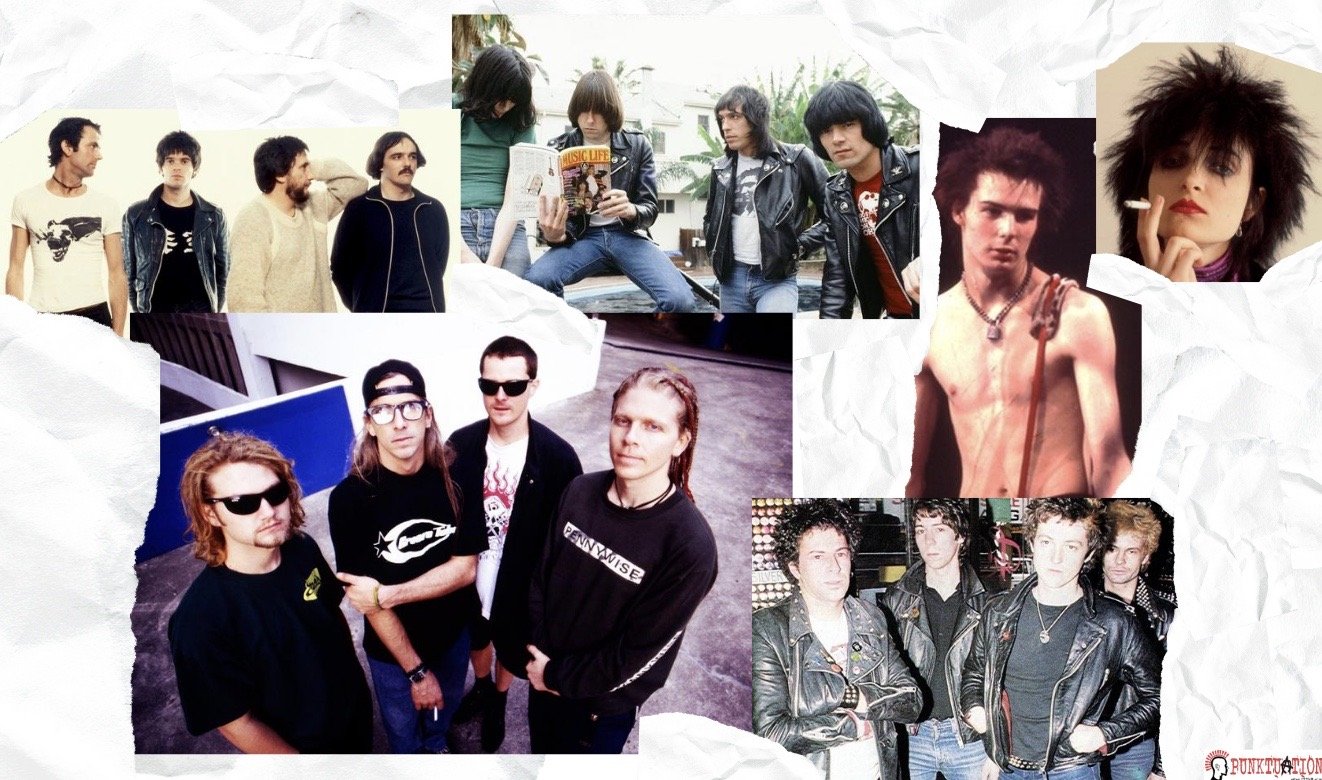 Don’t you just friggin’ hate it when someone comes along and trashes a classic song? But how brilliant is it when the cover version is as good as, or, as in some cases, even better than the original?

Some songs were just perfect to be punk tracks, but for some reason started life as anything but. Some songs were simply waiting for someone to come along to help them get their ‘punk on’ and let it stand out in a whole, new, radical way.

We’ve dug through the Punktuation! archives and picked out 10 of the greatest punked-up toons ever! Is your favourite on here?

10
Song: Top Of The World
Original: The Carpenters
Punk cover by: Shonen Knife

Popular punked-up Japanese trio, Shonen Knife have given The Carpenters’ blissfully positive 1972 hit Top Of The World a new dynamic, taking the sugar out and charged it up like a hit of wasabi. This cover appeared on the 1994, The Carpenters tribute album ‘If I Were A Carpenter‘ and is the bands most downloaded song to date. These Japanese Punk rockers even got their own tribute album back in 1989 ‘Every Band Has A Shonen Knife Who Loves Them’ featuring L7, Sonic Youth, Babes In Toyland.

9
Song: She’s Not There
Original: The Zombies
Punk cover by: UK Subs

She’s Not There was the 1964 debut hit for British rockers The Zombies – and it is a classic! It can often go very wrong when a band covers a classic but UK Subs gave it the pissed off attitude it deserved. The song tells the story of betrayal “Well no one told me about her/The way she lied”. This was a sad tale of heartbreak, with Zombies Keyboardist Rod Argent penning the song about his first love, Patricia who called off their wedding weeks before and broke his heart. Bitch!!

8
Song: Smash It Up
Original: The Damned
Punk cover by: The Offspring

Smash It Up is considered the unofficial anthem of English punk/goth band The Damned. From their seminal 1979 album Machine Gun Etiquette the not very punk instrumental intro was a unique segue into a charged-up pop infused punk track. The song’s lyrics put shit on those who indulge in hippie culture (referring to “blow wave hairstyles” and “Glastonbury hippies”) instead of advocating for political revolution. In 1995, The Offspring covered the song for the Batman Forever film soundtrack. And they ‘smashed it’. For a whole new generation of punks this song is considered just as relevant as a cover as it was an original.

7
Song: Dear Prudence
Original: The Beatles
Punk cover by: Siouxsie and the Banshees

The story behind John Lennon’s lyrics for The Beatles‘ track Dear Prudence is a tale in itself. The song was written about Prudence Farrow (sister of Mia) during their 1968 trip study meditation under Maharishi Mahesh Yogi in Rishikesh, India.

The Siouxsie and The Banshee’s 1983 cover is sweetly melancholic. Siouxsie remembers in an interview with Louder; “When we did the 100 Club Punk Festival [1976], we were wondering: ‘What shall we do?’ And we ended up doing the thing based around the Lord’s Prayer. And Sid (Vicious) and I were laughing, ‘Oh, we should really mess up a Beatles song!’ And that attitude was still there. I remember growing up with the White Album. I loved it for their experimenting. And then it gets fucked up? Much better!”

Giving us a brilliant cover of the iconic 1961 Ben E. King track Stand By Me, Pennywise have created the best live music sing-a-long-circle-pit-mash-up you’ll see at a punk show. Keeping true to this loved-by-everyone tune for the first two verses, the song rouses everyone’s vocal chords (there aren’t many people alive that don’t know the words). When the track ramps up to Pennywise pace, the mass shift in energy from a pub choir to a monster circle pit is brilliant. Trust me, put it on your bucket list. “Just as long as you fuckin’ stand by me!”

5
Song: Walk on By
Original: Dionne Warwick
Punk cover by: The Stranglers

There’s no argument – Burt Bacharach is a genius composer. Punk or not you can see that, penning over 100 hits including Walk On By, for Dionne Warwick in 1964. A song covered so many times it deserves it’s own article (maybe not in this magazine though). But what we will talk about is The Stranglers version released in 1978. Extending the song out with their signature organ and guitar solo’s, they breath new life into this easy listening R’n’B track. Brilliantly, they kept that 60’s vibe with the video based on the 1966 movie “Blowup” even filming in the same location as the movie, Maryon Park in London.

4
Song: Police On My Back
Original: The Equals
Punk cover by: The Clash

How relevant is this song still in 2020? Written by Eddy Grant and released by his popular RnB/rock group The Equals in 1967. You can find over 20 covers of this track – if you can be bother looking.
In 1980 The Clash included it on their 36 track, triple album release ‘Sandinista!’. UK production company Cineflix Productions later chose the song as the theme to American based TV Show ‘Campus PD‘, the university equivalent to ‘Cops’.

3
Song: Heard it Through The Grapevine
Original: Gladys Knight and the Pips/The Miracles
Punk cover by: The Slits

So who do you credit as ‘Orignial artist’ for this classic? I Heard Through the Grapevine first hit the ‘airwaves’ in 1967 as a hit for Gladys Knight and the Pips. But……. It was actually recorded by The Miracles in 1966. However the track wasn’t released until their 1968 album Special Occasion. So we’ll give both credit on this one.

So, when you take such a recognisable song and give you your own spin it can go either way.  Brit punks The Slits did it their way in 79 giving it their best post-punk pop rendition. This version was way better than the charts showed and was brilliantly paradoxical. I mean, Slits singer Ari Up probably wouldn’t give a shit that “Not much longer would you be mine”. If she was just about to lose her mind I can pretty much guarantee it wasn’t over a lover.

2
Song: Baby I Love You
Original: The Ronettes
Punk cover by: The Ramones

New York soul sisters The Ronettes took off with this Phil Spector produced 1963 hit Baby, I Love You. Seventeen years later Spector took the production seat for Queens bred punk rockers, The Ramones, fifth studio album End Of The Century with the first single from the album was a cover of this 60’s gem. The album may have taken a more polished punk/pop direction but jettisoned them into commercial success going on to become their highest charting of all time. But it was at a cost. Spector took full control, at times even bringing in session musicians for the album.

In 1969 Frank Sinatra took the French song “Comme d’habitude” added lyrics by Paul Anka and definitely did My Way his way.  Fast forward to 1978 and another ‘legend’ Sid Vicious gave the song a punk/rock makeover for his star turn in The Great Rock ‘n’ Roll Swindle shortly before his death in 1979. And just like Sinatra, he took the song and did it his way. Vicious rewrote the lyrics to suit himself; “When there was doubt, I shot it up or kicked it out” and “You cunt, I’m not a queer, I’ll state my case, of which I’m certain”. Anka once said Sid’s version was his favourite.