Chris Bailey, Lead Singer of The Saints And ‘Father of Aussie punk’, Dies. 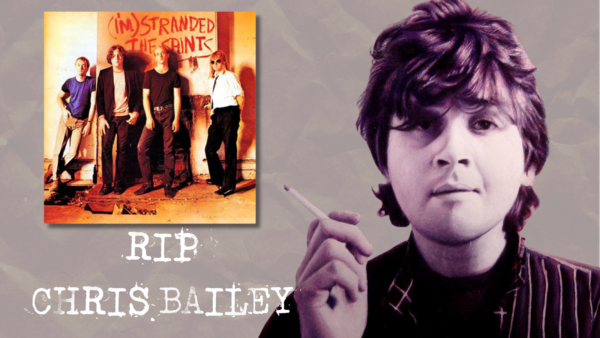 The Saints announced the singer and songwriter’s death on social media this morning.

The legendary Australian punk band announced the singer and songwriter’s death on social media on Monday morning, referencing the band’s most famous song.

“It is with great pain in our hearts that we have to inform you about the passing of Chris Bailey, singer and songwriter of The Saints, on April the 9th, 2022,” the statement said.

“Chris lived a life of poetry and music and stranded on a Saturday night.”

As a schoolboy, Chris lived in Inala in Brisbane and he met bandmates Ed Kuepper and Ivor Hay at Corinda state high school. They originally named their band Kid Galahad and the Eternals, changing the name to the Saints in 1974.

Kuepper, who left the band in 1978 after musical disagreements with Bailey, expressed his sadness at Bailey’s death.

“Very sad to confirm the news about Chris Bailey dying on the weekend. Chris and I met when we were about 14 during detention at Oxley High School and became close friends which later developed into what I always thought was an extremely strong artistic partnership, I couldn’t have hoped for a better singer. My deepest condolences to his wife Elisabet, his sisters Margaret, Carol and Maureen and the rest of his family and loved ones. I’ll post something longer down the track but for now…

Listed as one of the top 30 Australian songs of all time by APRA,( I’m) Stranded  taken from the band’s debut album of the same name was released in September 1976, and  Sounds magazine’s reviewer, Jonh Ingham, declared (I’m) Stranded was the “Single of this and every week”.

The Saints were acclaimed as key figures in the burgeoning punk movement alongside bands like The Clash and the Sex Pistols.

The band was inducted into the ARIA Hall Of Fame in 2001.

Guns N’ Roses bassist Duff McKagan paid tribute to Bailey, sharing lyrics from The Saint’s song ‘Know Your Product’. “Rest in peace Chris Bailey. Twenty-one years is a long, long time to be in this prison when there ain’t no crime. Saints forever,” McKagan wrote on Twitter.

Australian rock guitarist Lindsay McDowens, from punk band Frenzal Rhomb, described Bailey as a “co-creator of punk music.” And The Cure’s Lol Tolhurst posted on Twitter “RIP Chris Bailey of The Saints. (I’m) Stranded was the song of my late teens.”