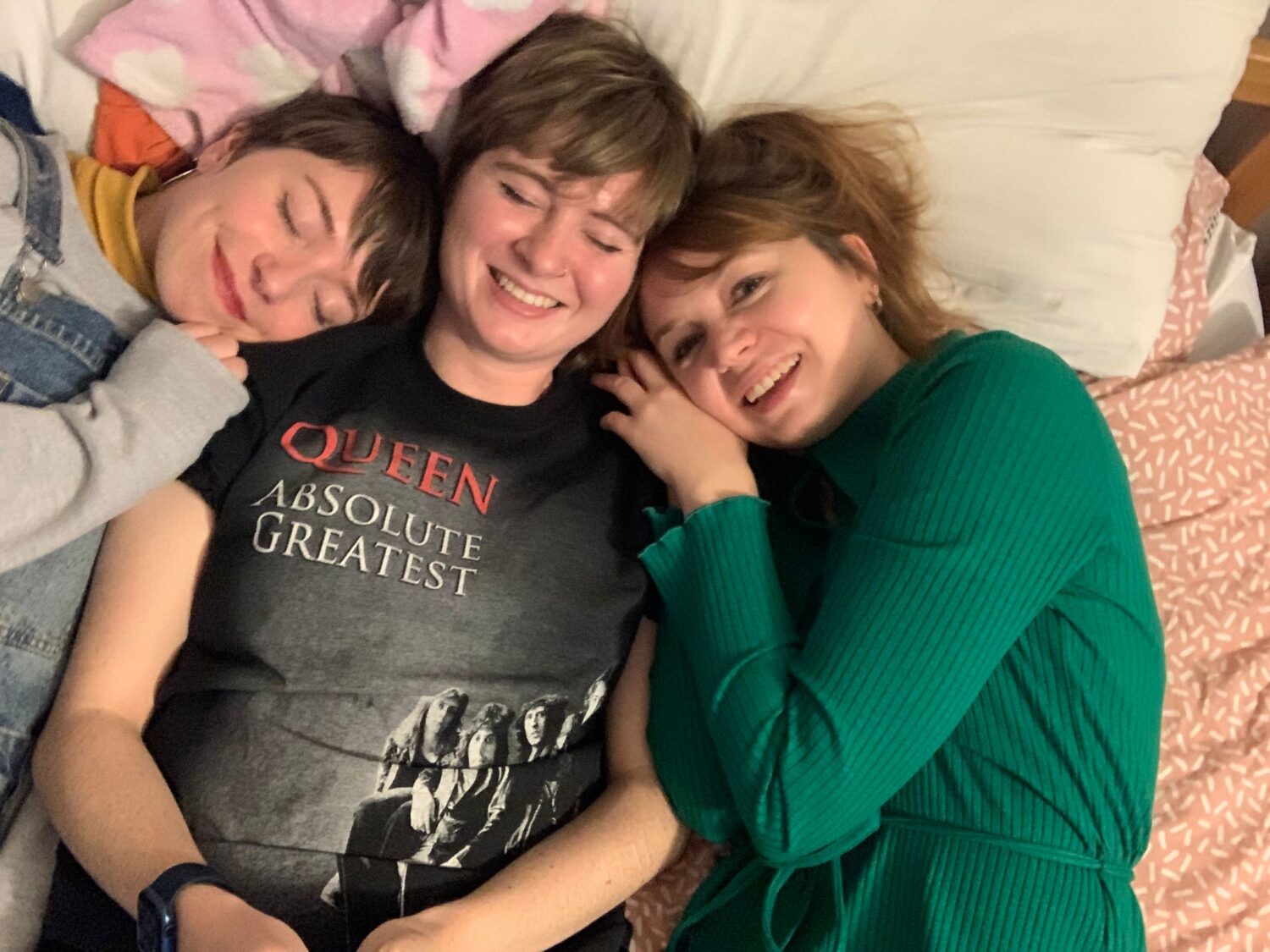 Ahead of their album release the UK punks have dropped lead single ‘cute as hell’ via Alcopop Records.

London indie-punk trio Cheerbleederz have announced their return with the news that their debut album,” Even In Jest”, will be released in the summer via Alcopop!.

“We are so excited to share our debut album this year”, enthuse the band. “It feels like a long time coming. We started working on it in lockdown in 2020, writing, rehearsing, and recording in the pockets of time when we could.

“It further bonded us at a time when being creative and having a collective output became more important than ever. These are our favourite batch of songs yet—full of character, hope, energy, misery, introspection and rage; we wanted to write complex songs that reflected our complex selves.”

Celebrating their debut release, Cheerbleederz reveals that the lead single is ‘‘Cute AsHell” —a fizzing new anthem dedicated to those thirsty early stages of a new crush.

Driving, fun and catchy as hell, you couldn’t go so far as to say that this is a comeback (as the band have been working non-stop behind the scenes since their 2020 EP, lobotany). Still, with this brilliant new offering, it’s safe to say that Cheerbleederz are firmly back in business for 2022.

The band has drawn early praise with early live appearances at Manchester Punk Festival and Switzerland’s inhumano Fest, alongside tours with contemporaries The Winter Passing, flirting, and ME REX.

Taking influence from the likes of The Breeders, Snail Mail, Hop Along, Alvvays, Charly Bliss and Cayetana, their songs touch thoughtfully on the lived experiences of women and marginalised people.

Pre-order even in jest HERE

You can listen to the new single cute as hell out now on all streaming services.