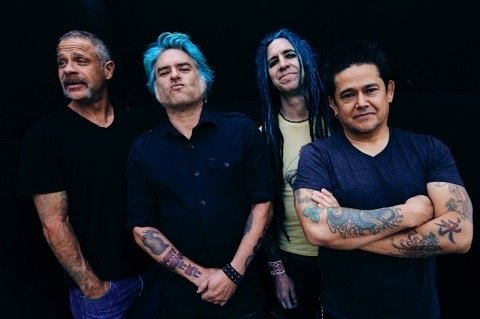 Fat Mike has never been shy in coming forward about voicing his opinions when it come to his sexuality, but with NOFX’s new single Fuck Euphemism, he’s taken his openness to a whole new level!

As you would expect from Fat Mike the song doesn’t hold back lyrically – but of course, this is what has made NOFX such a tour de force in the punk scene for nearly 40 years!

“I think it’s a very important song for the conversation with the trans community and the LBGT community,” Mike recently told Spin Magazine.

“I like the whole thing of defining yourself using your own terms, because I’m a punk rocker first, and then a submissive crossdressing male. The transgender community and the gay community are taking a stance on how we want to be known, and I’m going to be known as a certain way.”

Turn up your speakers and play this loud!

Keep up with NOFX news on socials…

If you liked this check out more punk news…