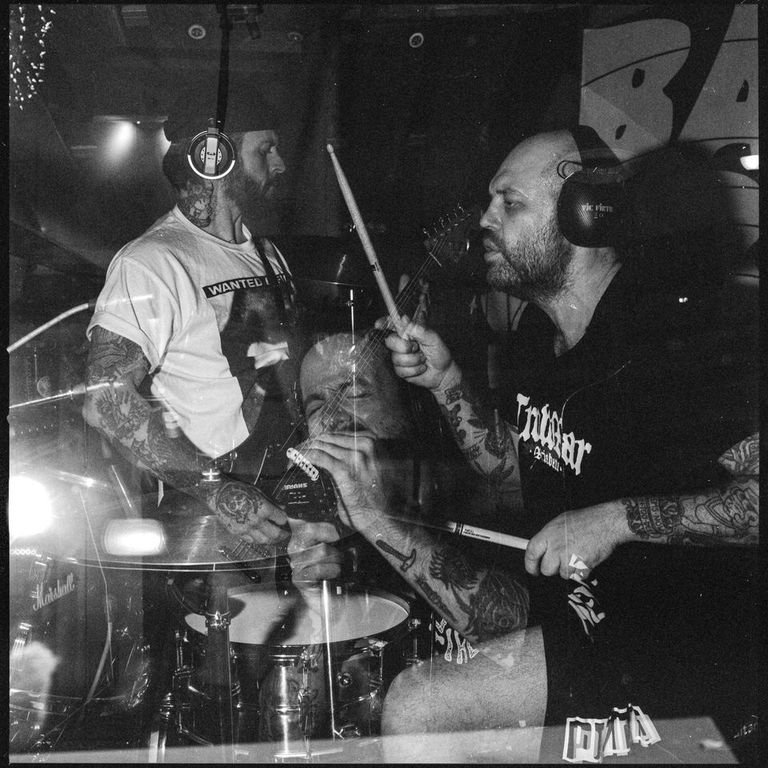 Canadian hardcore punks have a new line-up, new album and have dropped their latest single.

Toronto’s hardcore heavyweights’ Cancer Bats have announced the release of their seventh studio album, Psychic Jailbreak, on April 15. The follow-up to 2018’s The Spark That Moves will drop via their label Bat Skull Records in partnership with New Damage Records and Cooking Vinyl Australia.

Psychic Jailbreak is the band’s first album since the departure of founding guitarist Scott Middleton. This leaves the current lineup as Liam Cormier (lead vocalist), Jaye Schwarzer (bass and guitar) and Mike Peters (drums). The album was produced by JP Peters (Propagandhi) at his Private Ear Recordings studio in Winnipeg.

Vocalist Liam Cormier spoke out about the first single and title track: “We needed to kick things off with a total banger of a track that makes you want to pump your fist in the air, smash your head to the beat, all while screaming the call to action ‘Reject the fallacy of time!’ The concept of a Psychic Jailbreak is to change one’s perspective on something completely. In this case, it’s our ideas of fixed linear time.”

We knew this album had to be special,” he adds. “Our band has never been one sole member tasked with all the writing. Over the last 15 years of releasing albums, it’s been a collaboration of the four of us forming all musical ideas. That being said, we knew that the three remaining Bats would have to prove our worth with this next album. We wanted to show Cancer Bats fans that an exciting new future was in store for us. To say the stakes were high on this album would be an understatement. We were all feeling a mix of excitement and nerves as we began tracking the 11 songs that would form this record.”

The band will kick off their Canadian tour in March before heading to the UK for Slam Dunk Festival in June. Tour Dates and ticket information can be found HERE.