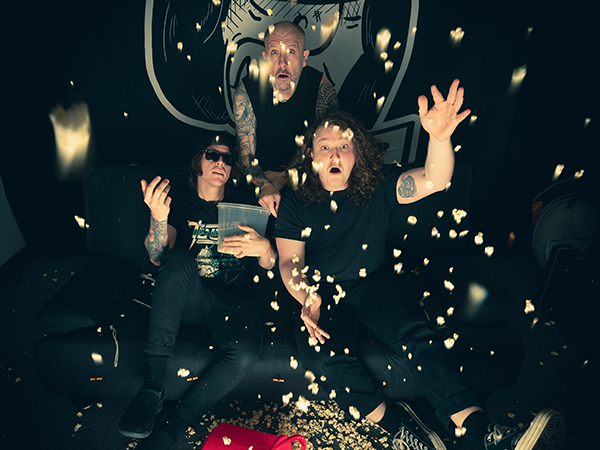 Morticia is the brand-new single and debut video from Brisbane three-piece punk band, The Arturos. The song is off their upcoming debut album Tokyo A Go-Go, due out September 18 on all streaming services. Morticia is an unabashed love song, dedicated to the “creepy and kooky” matriarch of the Addams Family.  “I clearly remember seeing her on TV for the first time when I was a kid. It was a revelation,” jokes vocalist/guitarist Rob Garry. “I felt a combination of love and fear. Clearly, my infatuation has not diminished over time, and I have the tattoos to prove it!”

The band had one goal in mind when creating Morticia – short, catchy, guitar-driven punk rock.

“I am always reminded of an interview with Joe Strummer, in which he talks about the Ramones,” Garry recalls. “When talking about the frantic pace of their live shows, he said “…people have got things to do! It’s a busy world out there. Give it to them! We’ve taken this approach and adapted it as our own musical manifesto”.

Video Directors Paul Brand & Jordan Mitchell put their combined years of film & television experience to the test when filming the project. “When we decided that we wanted Morticia to be our lead single and debut video, it was a no brainer that [Brand] would be at the helm,” states Garry. “When he introduced Jordan into the equation, it just took things to a whole new level which I didn’t even think was possible!”.

The Arturos debut album Tokyo A Go-Go will be available on all streaming services on September 18th.