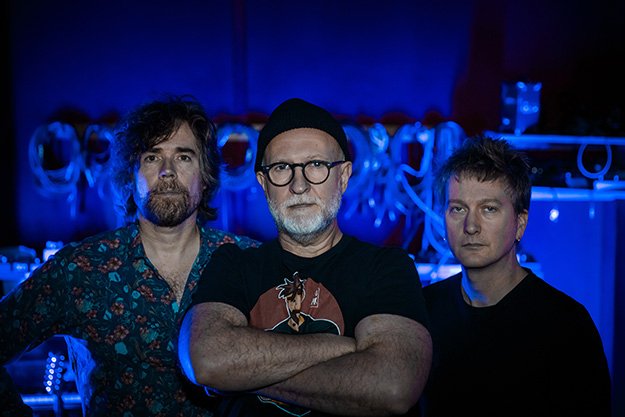 “It’s time to make up lost time, reconnect, and celebrate together with live music!” says the former Hüsker Dü and Sugar frontman as he announces his U.S. tour dates.

Bob Mould is set to hit the road for a two-part US tour supporting his solo career-spanning Distortion boxset and Blue Hearts album, both released in 2020. The dates kick off in Boston on 16 September for three weeks of band shows with Jason Narducy on bass and drummer Jon Wurster, who have backed him since 2012’s Silver Age. After that, Mould will play a series of ‘Solo Distortion’ electric shows from 15 October, beginning in Bloomington, Il.

“It’s been a year and a half away from the stage. I’ve missed the noise, the sweat, and seeing your smiling faces,” Mould said in a statement.

“I’m fully vaccinated, and I hope you are too because this Fall will be a punk rock party with the band – and the solo shows will be loud and proud as well. It’s time to make up lost time, reconnect, and celebrate together with live music!”

Alongside the tour announcement, Mould released a 2016 live video of Something I Learned Today from his former band Hüsker Dü’s seminal double album Zen Arcade.

The live shows promise to span Mould’s entire 40-plus year career and include songs from the Distortion collection, from his Hüsker Dü years and last year’s Blue Hearts.

Ahead of those US dates, the fourth and final volume of his vinyl Distortion boxset, the eight LP Distortion: Live set, will be released 16 July on Demon, the conclusion of the label’s year-long Bob Mould retrospective campaign.

Distortion: Live includes live recordings from Mould’s solo career and his band Sugar, featuring Live At The Cabaret Metro, 1989; Sugar’s The Joke Is Always On Us, Sometimes; LiveDog98; and Live at ATP 2008, the latter two making their vinyl debuts. It also has the bonus Distortion Plus: Live LP of live rarities, including b-sides and stand-out tracks from Mould’s Circle of Friends concert film.

Meanwhile, Bob Mould Band bassist Jason Narducy will release Amplificado, the album he and Jon Wurster recorded with R.E.M.’s Mike Mills, in June and this week put out a video for its track 95 Percent.