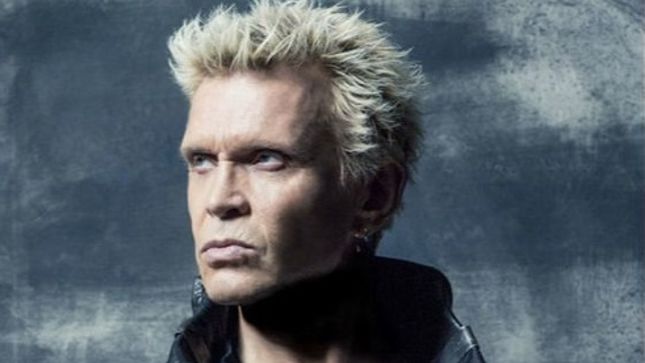 Billy Idol returns to Las Vegas at the aptly named Chelsea Theatre at The Cosmopolitan Resort this October for a 4-day residency.

Idol, who began his music career in late 1976 as a guitarist in the punk rock band Chelsea and then Generation X, had huge success during the MTV fueled ’80s after moving to New York City to pursue his solo career in collaboration with guitarist Steve Stevens.

His debut studio album, Billy Idol (1982), was a huge commercial success, with music videos for singles “Dancing with Myself” and “White Wedding” becoming staples on the then newly established MTV.

Billy was responsible for some of pop rock’s most memorable and evocative moments and helped create a new sound by bringing the spirit of ’77 punk to the dancefloor, integrating a dash of punk attitude, club-land beats, rockabilly grit with rock pomposity.

Love him or hate him, you can’t deny that the 80’s wouldn’t have been the ’80s without Billy.