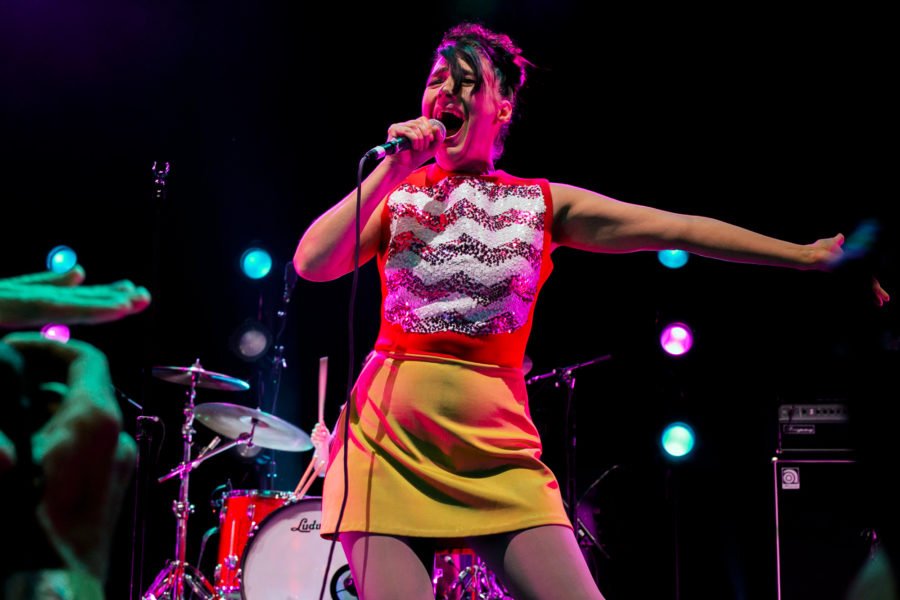 Released last week on Alcopop! Records, This Is Sisterhood broke into the top 10 of the iTunes Alternative chart, and all money from its digital sales and the group’s merch line will crowd-fund legal costs for the band who are fighting a claim of defamation.

Bikini Kill singer Kathleen Hanna has teamed up with punk supergroup Solidarity Not Silence to lend her vocals to their new single This Is Sisterhood. The group includes members of The Tuts, Petrol Girls, Colour Me Wednesday and Personal Best and was formed to crowd-fund legal costs to help them fight against a claim of defamation.

Explaining the process behind This Is Sisterhood, Nadia Javed – singer and guitarist in The Tuts and one of the defendants in the case – said: “I wrote this song with the aim to explain our story. To explain why we’re being sued, why we won’t back down and why speaking our truth, supporting other women and staying true to our feminism has landed us in this lengthy and expensive legal battle.”

The claim against them was brought more than four and a half years ago by King Blues singer/rapper Jonny ‘Itch’ Fox, who alleges the women have individually, and as a group, engaged in a “persistent campaign of harassment” and spread lies about him.

He denies the group’s accusation that he is a “sexual predator” and launched proceedings against them for defamation in the civil court, claiming up to £60,000 in damages.

Released last week on Alcopop! Records, This Is Sisterhood broke into the top 10 of the iTunes Alternative chart, and all money from its digital sales and the group’s merch line will go straight to Bindmans Solicitors who are acting for the group of women.