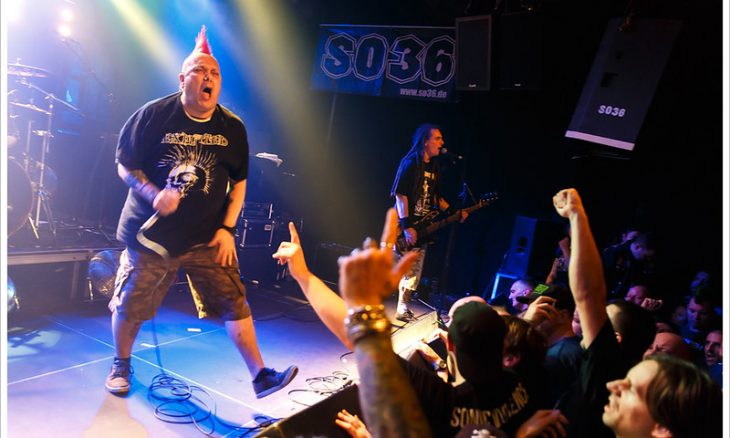 The iconic Berlin club has a global reputation of being the place you HAVE to play if you’re a punk and is seen by many as the German equivalent of New York’s CBGB. However, due to COVID, and gentrification of the club’s neighbourhood, times are tough – but this club isn’t going anywhere without a fight!

S036, located in the Kreuzberg district of Berlin, is, without a doubt, the most famous and iconic German punk venue. During the Cold War era, Kreuzberg was one of the poorest areas of West Berlin and known for its art scene.

Iggy Pop and David Bowie spent their very creative Berlin years in a first-floor apartment in a modest art nouveau building in nearby Schöneberg. The pair would drink KöPi at Joe’s Beer House, stumble into transvestite bars, club at the Dschungel and frequent SO36 (The club takes its name from the area’s postcode – SO stands for Südost – South East).

“Berlin, the greatest cultural extravaganza that one could imagine.” David Bowie.

SO36 was originally solely a punk venue, but after financial and legal issues with the club (which was run by local punks as a loosely-knit cooperative,) the hard-drinking German artist and sculptor Martin Kippenberger took over the management and embarked on the club’s reincarnation creating a crossover punk, new wave and visual art space.

The club’s next transformation occurred in 1979 when Turkish businessman Hilal Kurutan took over its management, renaming it Merhaba SO36. During his tenure, the club held Turkish weddings, gay and queer nights, discos and hip-hop nights, but of course, he never forgot the club’s punk roots.

Hilal’s vision and passion helped evolved the club into the multicultural place it is today. This passion, in no small part, helped keep the club alive.

While the Kreuzberg district is still seen as the arts area of Berlin, in recent years, it’s been undergoing heavy gentrification, forcing many of the neighbourhood’s original residents to leave due to the district’s unprecedented redevelopment and rising rents.

Despite the rapid changes in and around Kreuzberg, Berlin’s famous punk club is still hanging in there, and according to Nanette and Pasqual, the club’s managers for the past decade, it’s not going to go anywhere if they have anything to do with it!

Punktuation’s Berlin correspondent, Teejay, chats with Nanette and Pasqual about the club’s importance and almost holy place in German punk history and asks what the future holds for the iconic German venue.

Teejay: So, what is the significance of the SO36 club for punk, and in general?

Nanette: “Everyone important in punk played here at one time or another. Die Toten Hosen played their second show ever at SO36. Die Ärzte have played here many times, and the UK Subs were first here in 1978, and I think they’ve played over 20 times since. The Dead Kennedys have performed here… UK bands, US bands, Australian bands – bands from everywhere. There’s no country in the world that hasn’t sent us a punk band.

“That’s the cool thing. People from literally everywhere have played here and from so many diverse scenes. We have gay punks, the metal guys, feminist punks and punks who also play Latin cumbia music. SO36 is so open. We’re not just a punk and hardcore place. We are the place where everything that has a punk or DIY attitude is welcomed. It’s not important how the music sounds, as long as the spirit is right. The punk spirit is more important here than the music.”

Teejay: The SO36 website says there is no place for sexism, racism, homophobia etc. Can you tell me more about the club’s punk attitude and politics?

Pasqual: “I think what is also exciting about S036 is that it has grown through different operators, so this broadness is normal to us. On the same evening at SO36, you can have a queer party and a hardcore show beforehand. Different needs mesh together here, and they mesh together really well. This is why we have a place where everything seems normal to all of us who work here.

“But I think when you go home from a punk show as a tourist in this city, you can’t imagine that the next day there will be a queer/homo/oriental pop party here. That’s what I find really cool and very punk, and we want it like that.

Nanette: “And we definitely have an educational mission. This is our place, and if anyone has a problem with it, we have a problem. This is what the club stands for. There is no sexism, no Nazis, no homophobia, and no transphobia.

“We also value the DIY approach. The people on stage are not always some fancy superstars but are people just like us and the people working at the bar. I think the number of people who play in bands and work here is really high. So, it all comes from the scene for the scene or from different scenes for the different scenes.

“We always try to give new people a chance too. For example, a political group can come here with an agenda to organise a fundraiser against repression or something. This is exactly what we want. We want to be there for the neighbourhood and also to be politically active. This culture is what unites everyone here.”

Teejay: What are the challenges of running a cult place like this?

Pasqual: “The major challenge for us internally is that there is not one person who is the boss, but we try to make all the decisions as a whole and as a team as much as possible.’

“And of course, this all costs money. The major challenge is how we make ends meet. Between rising rents, rising costs, and trying to keep the concerts and parties inexpensive so our community can still afford it, it can be hard.”

Teejay: To what extent is SO36 and its faithful customers affected by Kreuzberg’s massive and rapid gentrification?

Pasqual: “It has become challenging, but we want to keep it affordable and welcoming, and unfortunately, this is hard. The rents and prices are rising too, so we don’t all live in the neighbourhood as we did in the mid-90s. We also see ourselves as having a great responsibility to pay reasonable wages to our employees. Sometimes, it isn’t easy to combine ideals with the realities of what we can do. And with the Covid pandemic, it all got much worse.”

Nanette: “As Pasqual said, many of our regulars and our friends can’t afford to live around the corner anymore, and many can’t afford the rents here, so they also have to pay the transport costs for getting here.

Teejay: With your DIY attitude, your inbox must be flooded with requests from bands and artists to perform here? How do you choose?

Pasqual: “We are always keen to try out new things, but this is not as easy as we would like it to be. Therefore, we have to make sure that the shows at weekends are sold out so that the rent and every wage can be paid. And yet, we also try to stay innovative and discover new things. If we come across a band that isn’t big but sounds good, we give them the stage.”

Nanette: “I come from a smaller city in West Germany, where there weren’t many punk shows. Whenever there was a band I wanted to see live, they always played at SO36. From 1987 I was in Berlin frequently, but the SO36 was closed. It reopened in 1990, and that was great. I could finally go there.

“SO36 was such a mystical place for me, so I was happy I could finally experience it. One of the most memorable concerts I went to was in 1993 when Slime had their reunion. They were my childhood heroes.

“When I was the club’s evening manager in 2010, Slime had another reunion. I loved seeing them that night, especially because I, with others at SO36, helped organised the night for the club. I was even stage diving! But the night was ruined when someone approached me and said, “I think you should come out to the front”. When I got to the front of the club, the street was burning, and people were rioting. I thought, ‘OMG, riots, no, not now!’ The property management had already given us an eviction notice at that time, which made things worse. It was really a very shitty situation overall.  However, those are the moments when I think it was difficult, but also ‘hell yeah, that’s punk!’

“As a young kid, I always had a dream that when I grew up, I would earn my living from concerts. So it was amazing when many years later, I was standing right here at SO36 working as the evening manager. It’s cool I am now doing what I am doing – even if it’s not always easy.”

Teejay: Anything else the Punktuation readers need to know, and I forgot to ask?

Nanette: “We’ve written a book – that’s in English as well as German – about the history and punk spirit of SO36.The book has lots of interviews, and photos, including photos of the day when the UK Subs played here and the cops, stormed SO36 with water cannons. That was a pretty wild night.”

Teejay: How do you imagine the future of both SO36 and punk?

Pasqual: “Huge question. I think what makes punk, punk is the fact that you manage to look inwards but also are open enough to understand all the bollocks that is going on around you. Punk is to put everything into a critical perspective and to question it.”

Nanette: “I hope, and actually believe, that SO36 has the potential to continue to discover and showcase new bands. We don’t want to become a ‘museum’. I don’t want to be the place where only bands that played before 1980 play. Modern punk is not just about “1,2,3,4!” and three chords. It’s that and so much more. If we realise that, then SO36 has a future and a right to exist as a punk club.

“SO36 is a unique and very special place for me. It’s a place where people can meet and network with people who want to do something bigger than just play music. I have no idea whether this can continue with all the gentrification, COVID, climate change, money and capitalism bollocks. But I am not ready to let go of our vision.”

With Nanette and Pasqual love of punk old and new, their incredible drive to keep the DIY punk spirit alive (in whatever form it may take), and their dogged determination – despite the many increasing financial, social and political pressures on the club – SO36 has a bright future. We wish them luck!

Support SO36 and Check out their upcoming gigs HERE. 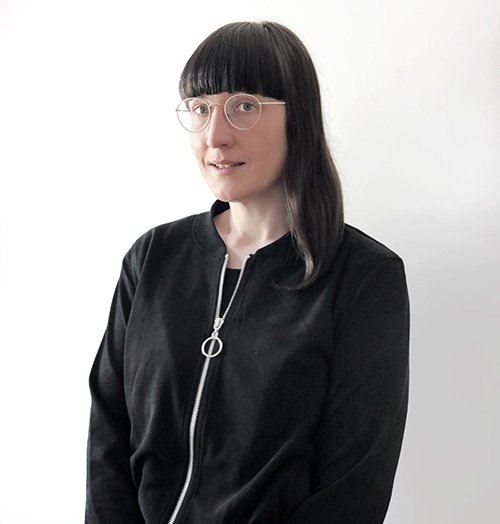