Back Catalogue of Punk Planet ‘Zine Now Online For Free 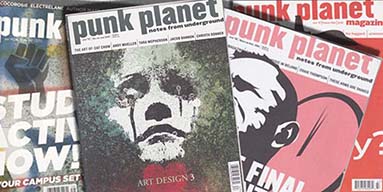 If you love reading about punk and you love a freebie, then we’ve got great news. Dan Sinker’s Chicago-based zine Punk Planet (which ran 80 issues from 1994-2007) is now available online at no cost whatsoever.

Punk Planet became beloved for its approach to writing about punk and covering the music itself. The ‘zine covered many of the wider social issues that intersect with the punk philosophy; including worker’s rights, feminism and the mainstream media.

Punk Planet aimed to be more inclusive than other ‘zines and tried to review nearly all the records it received, as long as the record label wasn’t owned or partially owned by a major label. This led to a review section that was often over 30 pages in size.

You can find all issues here: Punk Planet Archive: The ‘Zines are scanned in high definition, so they should be easy to read.