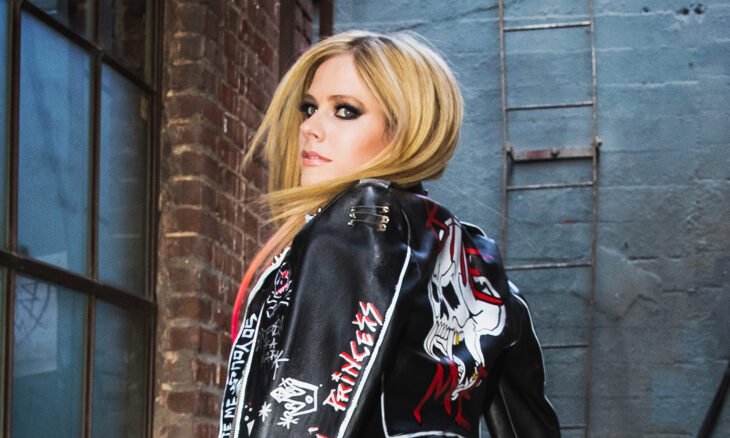 Avril Lavigne reveals her seventh studio album titled ‘Love Sux’ will be released on February 25th… as she drops her new single.

The 37-year-old singer’s album will see her returning to her roots as a pop punk artist and will also feature contributions from artists such as Travis Barker and blink-182‘s Mark Hoppus.

Avril also took to her Twitter account today to announce that her newest single, ‘I Love It When You Hate Me’, is out now.

The singer previously spoke about Love Sux during an interview with Entertainment Weekly, where she discussed returning to her roots in pop punk.

‘I really went back to what sounds I originally was influenced by at the beginning of my career…this time I just wanted to have fun and rock out. It just felt like it was time to make this type of an album,’ she said.

‘I wanted to keep it light and playful, which is more of a reflection of where I am today. I am comfortable and happy with who I am today, but I still go through the same struggles and I want people to feel empowered,’ she stated.

The singer added that ‘I wanted to make sure I wrote music that people could relate to. It’s about valuing yourself and knowing you’re enough.’

Lavigne also spoke about working with her collaborators and noted that there was a natural feeling in the studio.

‘We all complemented each other. In a weird way, I felt like I was back in high school hanging out with the type of people I grew up with, and it was just effortless,’ she said.

The new album ‘Love Sux’ is available on February 25 via DTA Records.