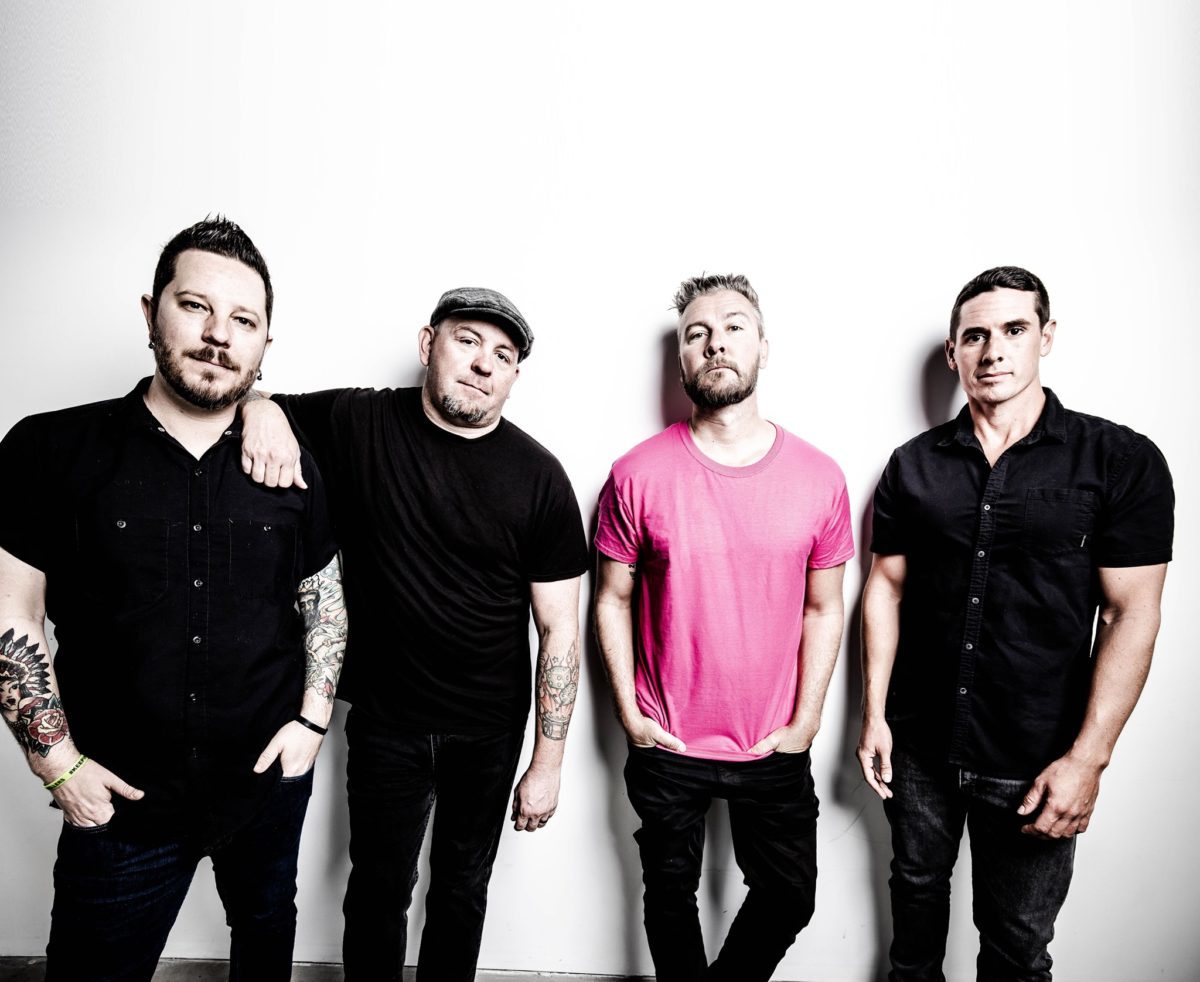 Authority Zero has never been called ‘negative’. Right through a pandemic they’ve kept their collective chin up, put their heads down and wrote what could be called their career album.

Due in June, Ollie Ollie Oxen Free takes a line from hide and seek to encourage fans to leave the COVID-19 depression behind and celebrate life. Throughout the pandemic, singer Jason DeVore saw families torn apart by political views and COVID-19. That divide has somewhat subsided, now it’s time to come out and be yourself again.

“The phrasing in the title track stems from the idea of ‘come out, come out, wherever you are,’” says DeVore, who co-writes with bassist Michael Spero. “It keeps the positive side of 2020 in mind. People have been trapped within themselves, depressed, inside of their houses. We’re separated, politically, between the left and right. It’s a matter of come out, feel free and feel a sense of no fear in some regard.”

The band brought along a few friends for the ride—Iagri Shuhei from Japan’s HEY-SMITH on Ear to Ear, while Pennywise’s Jim Lindberg guests on Don’t Tear Me Down.

Bassist, Walsh (formerly of Pour Habit), is the latest addition to Authority Zero, having come into the band’s fold in February 2021. He’s never been far, however. Authority Zero took Walsh’s first band out on its first national tour. He hung out in his van while Authority Zero hit the stage inside of legendary venues like Club Rio in Tempe, Arizona.

DeVore, Spero and Dalley knew Walsh was the one — right then and there — during auditions.

“It’s more of the times of 2020,” he says. “We really tried to focus more on the positive side of things that came from the pandemic, rather than the negative that came out of it.

We inflect lyrics and music in an uplifting manner and we wanted to shine a light at the end of the tunnel. – Authority Zero

Keep up with Authority Zero on socials

If you enjoyed reading this, check out these…