Australian Punks The Culture Industry Are Back With New Single 141 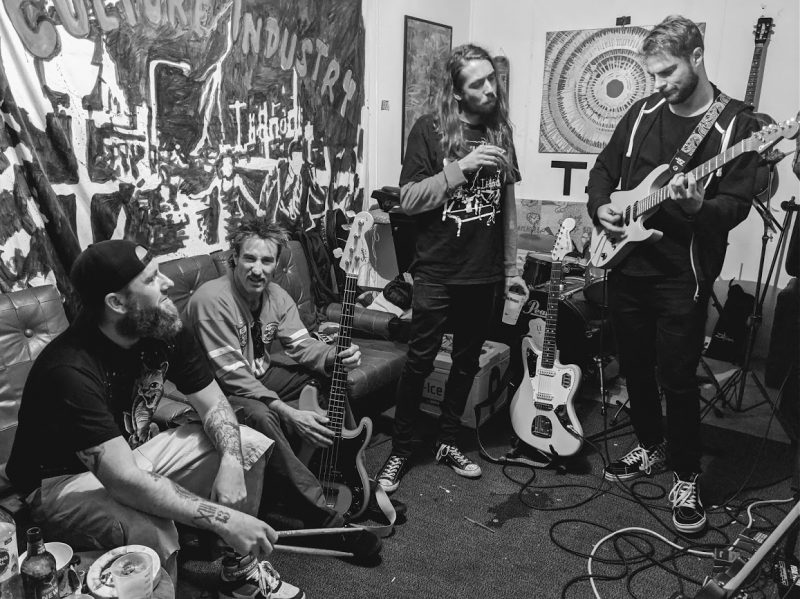 The Australian punk-grunge band from Wollongong on the South Coast of New South Wales have been kicking around since 2014. After a few line-up changes the band currently consists of Gnarly on rhythm guitar/ lead vocals, Nagy on bass/vocals, Leemoss on drums/vocals and new addition Arrian shredding on lead guitar like it’s nobody’s business.

Having known each other for almost 20 years and playing in previous bands together, T.C.I. has developed intense chemistry both on and off the stage, solidifying a strong reputation in the underground scene.

With a DIY hardworking ethos, these ‘middle-aged kids’ have played internationally abroad and even more at home around Sydney, Canberra, and the East Coast of Australia.

With onstage banter that is as much a part of their live show as their music, these charismatic scumbags are always keen for a laugh and a good time. Play hard. Party hard. It’s time to get cultured in the industrial sense of the word!

‘141’ demonstrates navigating the paranoia of life’s crossroads and how each path has its own trauma. Choices that we make can break a mortal mind if not done wisely. Which life will you choose?

141’is the follow up to recent singles ‘DK Stance’ and ‘Middle-Aged Kids’ and will further establish The Culture Industry in what is a burgeoning local scene, whilst building their international fanbase.

‘141’ is another emotionally charged punk track from the band.