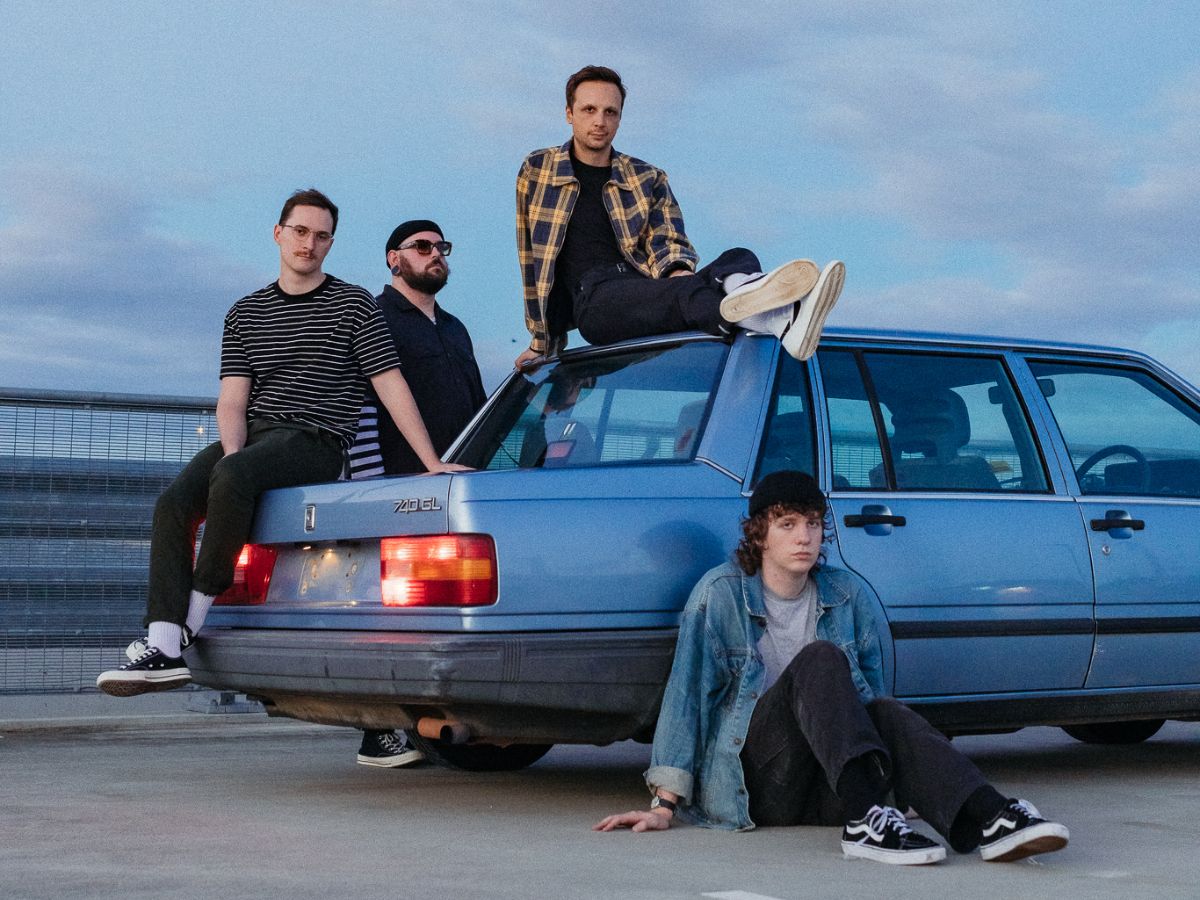 Ahead of the April 29 release of their sophomore EP ‘The Sound Of What Went Wrong’ the Brisbane-based band release ‘The Drama Scene’ video.

Following the release of the irresistible emo/indie hybrid that is recent single ‘The Drama Scene’, Brisbane pop-punk outfit Waxflower have shared their nostalgic music video accompaniment that will satisfy any and all cravings for your favourite college movies from the early ’00s.

A personification of self-inflicted negativity surrounding his social life, the video is set during a college-style party as lead singer Tristan Higginson floats detached through the room, remaining dissociated from the scene as partygoers continue to swirl around him.

Directed by guitarist Nick Hargans, the video is inspired by movies of another era, as he explains, “I’ve been rewatching a lot of late 90’s and early 00’s horror and college-style movies, and I didn’t really have a solid idea for ‘The Drama Scene’ video, so I wanted to make it look like a scene from one of those movies.

“The video starts off with Tristan at this party and everyone is acting like he isn’t there, then ends with them partying with him… a reference to the drama in life and the name of the song.”

Co-director Giles Higgingson adds, “we wanted to go for something light-hearted and fun to pair with the song.”

With Waxflower’s recent singles ‘Soak’, ‘Ring’, and now ‘The Drama Scene’, having signalled a bright new era for the Brisbane pop-punk quartet, the band are gearing up for the arrival of their sophomore EP ‘The Sound Of What Went Wrong’, out Friday 29th April via Rude Records.

In addition to the aforementioned trio of singles, Waxflower’s forthcoming EP ‘The Sound Of What Went Wrong’ will feature two all-new tracks, the riff-driven ‘Two Thumbs’, and the emotive ‘Misaligned Love’, which features rising American star and Rude Records stablemate Sydney Sprague.

Never ones to shy away from candid, heart-on-sleeve lyricism, Waxflower’s second EP is what Higginson describes as “five anthems for the over-thinker” and “the EP a brain writes at 2 AM when it can’t sleep – picking apart every awkward moment and wrong turn, all while wondering what could have been.”

“The last few years have given us more time in our heads than we may have liked. Self-doubt, self-hatred, missed connections, crutches, medication. All the fun stuff is here, wrapped up in songs that capture both the poppiest and heaviest sides of Waxflower to date. I hope people can find something to relate to throughout its runtime.”

The band have also just kicked off their extensive east coast tour alongside Trophy Eyes, concluding on April 24 at the Oxford Art Factory in Sydney.

Pre-save ‘The Sound Of What Went Wrong’ EP