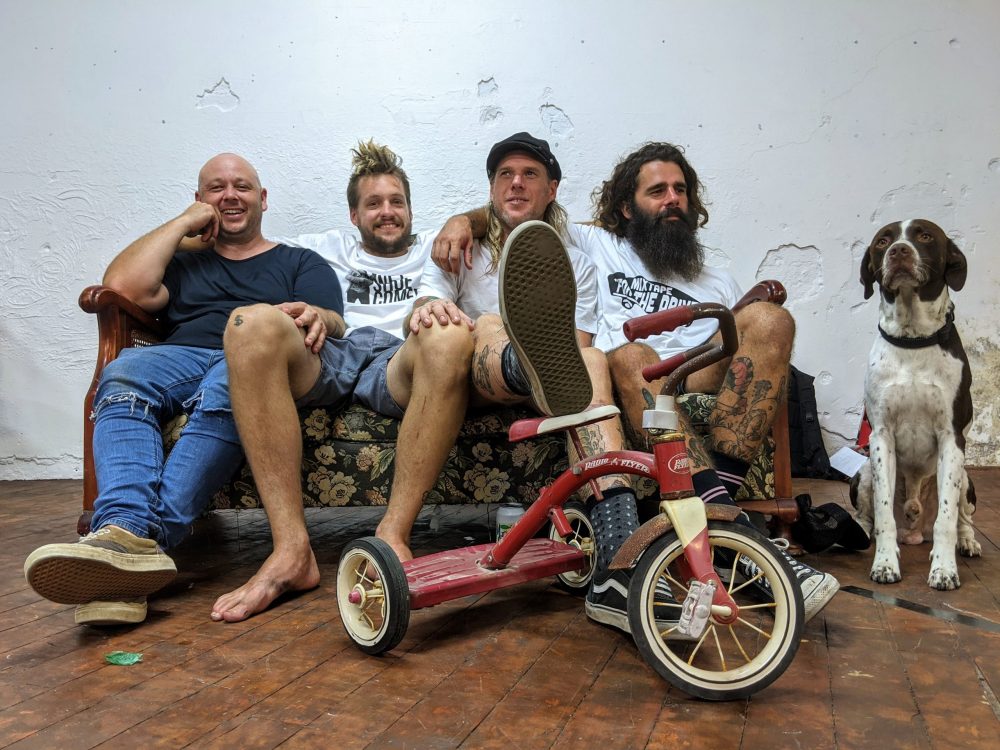 Australian Punks Under The Influence (UTI) will release their new single ‘Puerto Escondido’ via Riot Records on the 13th of September.

Once again, there is no holding back as UTI announce the delivery of another scathing hardcore punk song ‘Puerto Escondido’. The new single was inspired by a surf trip UTI’s guitarist took to Mexico a few years back, where he was violently threatened by locals to leave Puerto Escondido.

In a statement, the band said: “This song screams for equality and unity between different countries and cultures alike. We are all connected and need to work together. We’re all humans and the earth is our home. Shared with the animal kingdom, plants and fungi, Earth needs to be protected, respected and shared. If we can somehow find a way to work together there may still be hope for future generations.”

UTI a four-piece punk band from Wollongong, south of Sydney, form in 1998 and are inspired by the sounds of Dead Kennedys / Circle Jerks / AFI style of street punk, have released some killer hardcore/punk tracks over the last 12 months such as ‘Moon Flavoured Magnets’, ‘Cobra Spit’, ‘Gone’, ‘Body Parts’ and ‘Crows’, which has further established them as one of Australia’s premier punk acts.

FollowUnder The Influence On Their social