Anti-Flag, go ‘Beyond Barricades’ in a new hard-hitting documentary 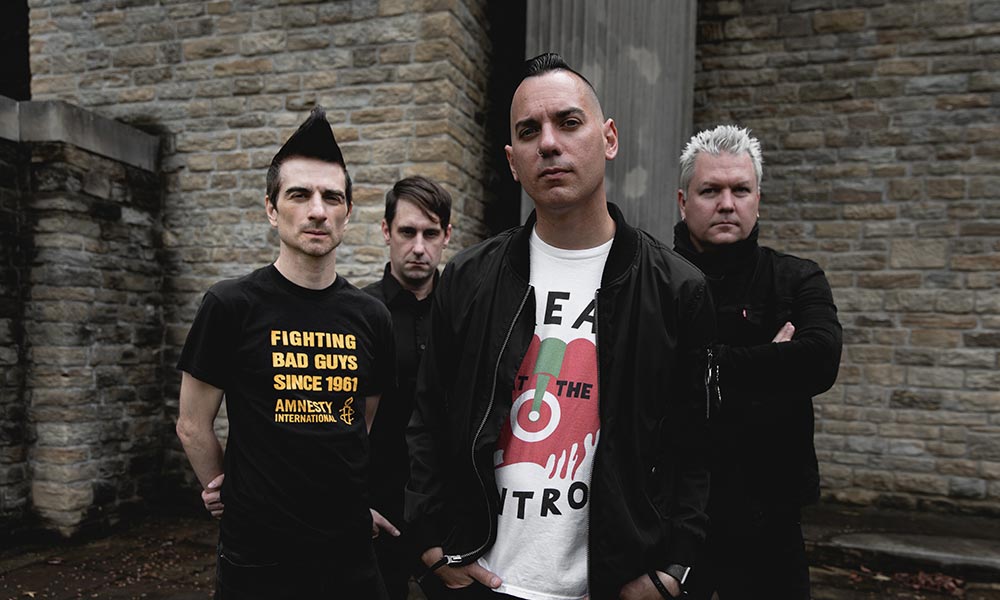 Beyond Barricades, a feature-length documentary film spanning the life of Anti-Flag from their inception to the present day, will be premiering on October 3rd on veeps.com at 5pm EST and immediately followed by a live Q&A with Anti-Flag and the filmmakers.

The film tells the story of the political punk band from Pittsburgh, Pennsylvania and delves into their world of punk rock and activism, shedding light on the trials and tribulations of playing politically charged music for over 25 years.

The documentary is an inspiring look at a group of musicians who have dedicated their lives to fighting for human rights through their songs.

“There’s not a huge amount of American bands who have such strong political content in their songs,” says Billy Bragg about Anti-Flag.

With their endless drive to help others, Anti-Flag put empathy over apathy and fight cynicism with optimism. However, as the documentary reveals, things could go tragically wrong at any moment.

The film features interviews with the band and their contemporaries including Tom Morello (Rage Against the Machine), Billy Bragg, Tim McIlrath (Rise Against), Brian Baker (Bad Religion), Chris Cresswell (The Flatliners, Hot Water Music), Tom May and Greg Barnett (The Menzingers) and many more – all helping tell the story of a band whose drive to spread their message is truly unstoppable.

“Thanks in advance for your support!” The band says. “We’ve all been working on this thing for over five years now so we’re excited for you to see it. “

Secure Your Tickets To The Premier

Tickets to the Premier