Album Review: Would Jubilee’ve It? Songs for Harambe by The Melbies. 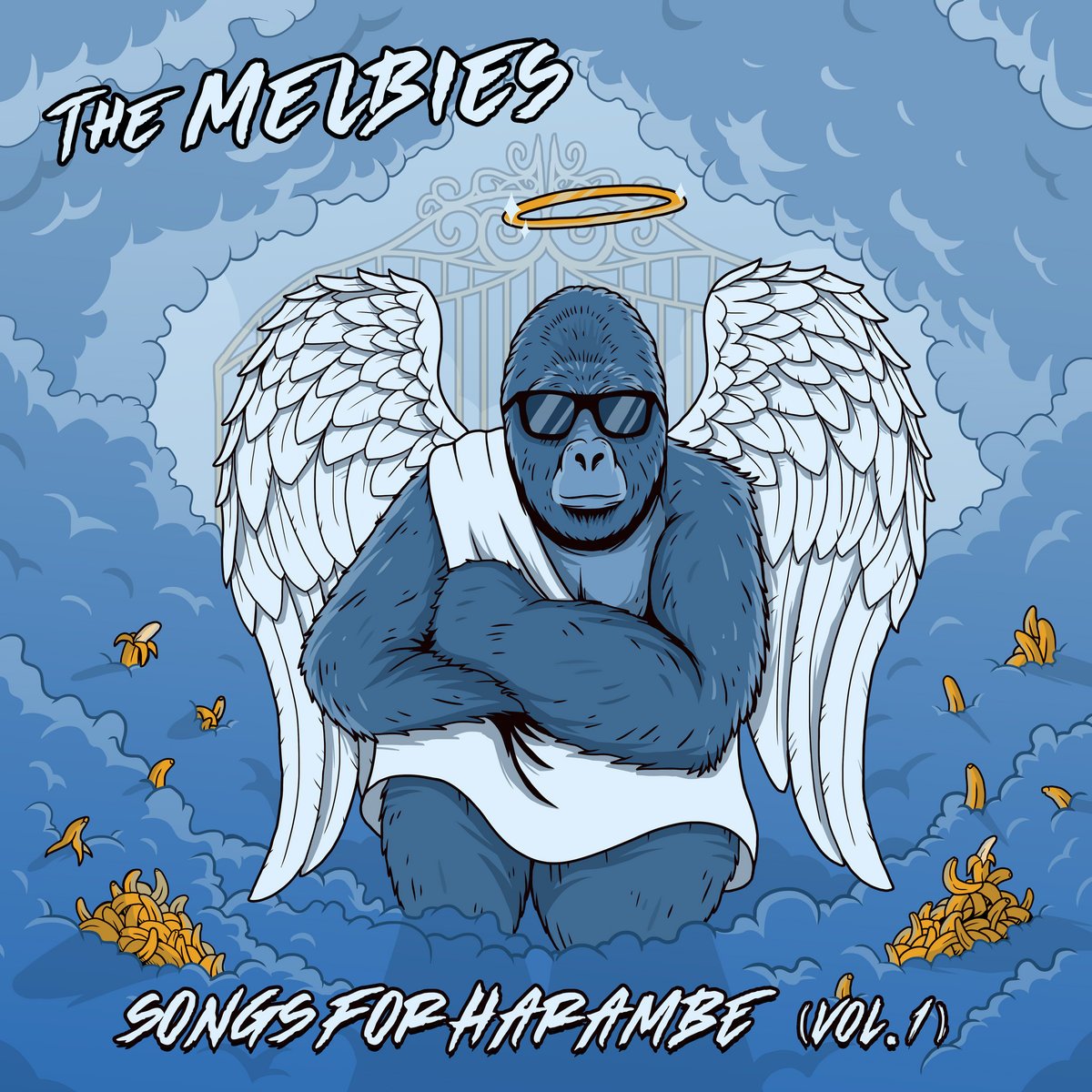 Some 45 years on from THAT 1977 royal jubilee in the UK, and punk is alive and spitting and rocking well into the 2020s. And like the ‘God Save The Queen’ jubilee, bands are still targeting our national treasures.

Her Madge can rest easy and enjoy her 70th year of reign – on this album; potshots are taken at Dennis The Menace, Rosie and Jim and, er, the Beano.

Songs For Haramabe Vol 1 is named after a gorilla who sent international website headlines bananas in 2016. When a three-year-old kid climbed into his zoo enclosure, the internet flooded with pictures of Harambe holding him. Sadly, the majestic animal was shot – frankly, the kid should hold his head in shame/been shot! (delete as you feel appropriate!)

So who are newbies, The Melbies? They hail from Dover in Kent – ‘the kind of town you drive through rather than stay at’. Former Strangler Hugh Cornwell, at a March 2022 gig at the Booking Hall, Dover, referring to the town more famous for its ferries, cliffs and D-Day.

The Melbies have stayed and crafted an album of million-miles-a-minute-melodies – and, yes, there are melodies among the musical mayhem.

From the opener, the titular For Harambe, it’s anthemic stuff, closing with the epic The Ballad of Colin Dent.

In between, there’s the ska-driven Beano (‘Don’t do drugs, stay in school, cigarettes don’t make you cool, The Beano’s full of shit and now you are too’). There’s a nod to The Wedding Present in Everything You Said and a cheeky piss-take of drummer Nesbo who was late to a recording session, There’s a Reason. Cue a song with no drums…until he does turn up, and the tune explodes into high-octane life.

Reboot Me is about the grind of life getting you down and the weekly cycle of all and no play.

The drums power the album, but it only feels over-the-top or too out-of-control once. The 46-second Snakebite is for the obsessive Melbies fans only!

Think power punk mixed with the wit of Hung Like Hanratty, the Disciples of Spess and Half Man Half Biscuit – and you’ve got a snapshot of The Melbies.

It’s great that new punk bands are still coming through nearly 50 years after the movement spat into life. Like your corner shop or ailing, empty pub, we need to support them as they keep the flame alive.

Catch the Melbies live – and stage-dive into this album. It’s a beast – and a worthy tribute to the mighty Harambe.

Order your copy of Songs For Harambe on CD here