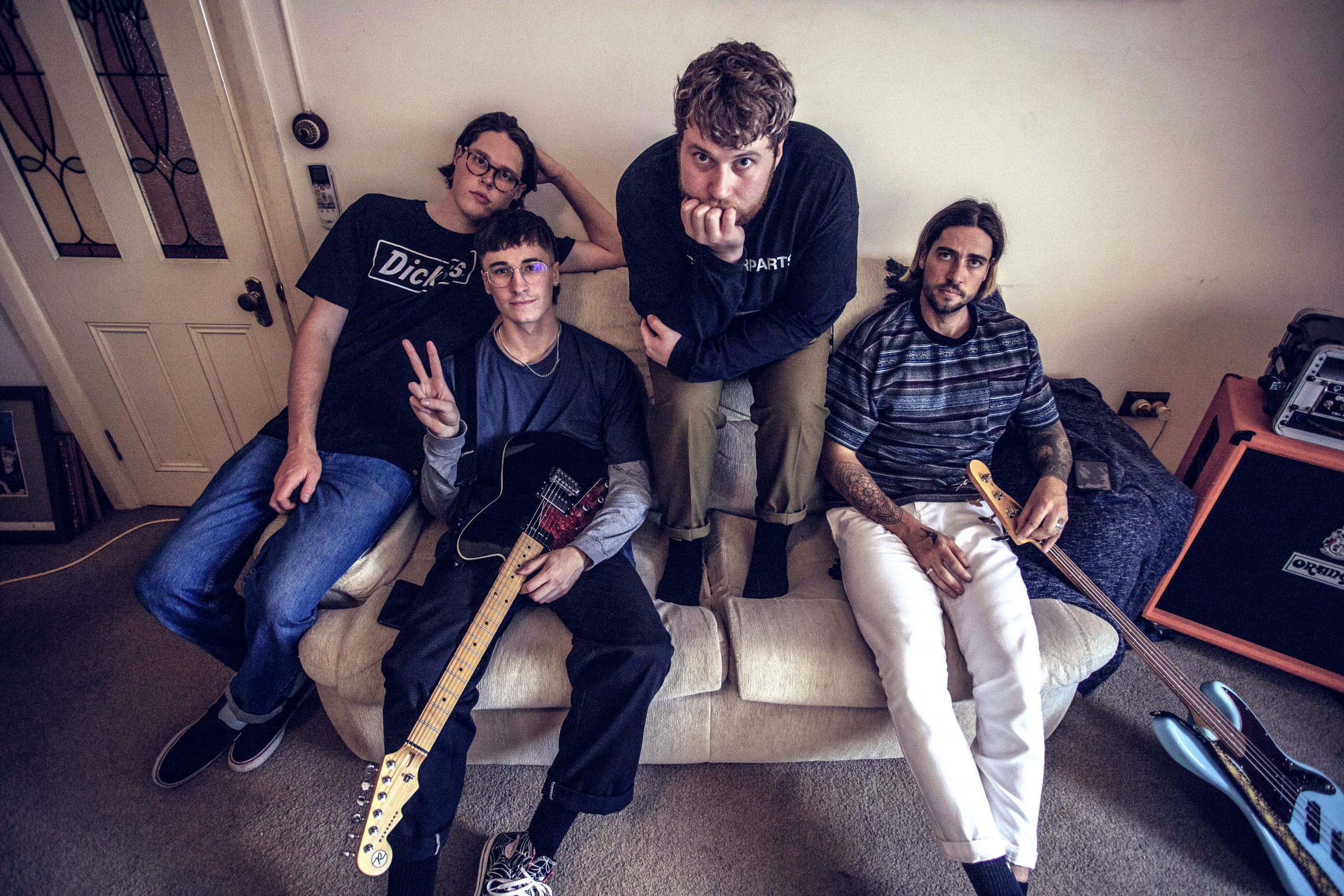 The South Australian melodic pop punk outfit are back with their latest track Last Legs.

Known for their distinctive brand of melodic hardcore, which is as whimsical as it is ferocious, AGAPANTHER has also released an accompanying music video alongside the new single.

Last year saw the band reached incredible heights with the release of their debut EP Overdue as well as playing two sold-out headliner shows and sharing the stage with the likes of WAAX, Sly Withers, The Dead Love, Horror My Friend plus Eliza and The Delusionals.

Showing no signs of slowing down, AGAPANTHER return with their first release of the year. A heartfelt single that heaves with exhilarating emotion, unabashed grit and rousing alt-rock dynamism.

Moving between ambient melodies, powerful vocals and high-octane drum/guitar combos, Last Legs never stays in one place for too long, propelled into punk-core erraticism and back again with fervent drumming and unpredictable tempo changes.

Frontman Kyle Kentworthy’s robust vocals bring a muscular vulnerability, remaining prominent over shoegaze-embellished guitar layers that get stuck in your teeth and strewn through your hair.

Anthemic right to the end, the bridge offers an immovable instrumental breakdown and rallying lyrical hook. They deliver an inescapable enthusiasm that will satisfy the Australian indie-rock nut, hopeless emo-punk romantic and unwavering hardcore enthusiast.

Set at the family home, AGAPANTHER hit the sweet spot between manic punk energy and tear-jerking emotion. The music video moves between movie-like scenes of loss and grief, cut with shots of the band rocking out in the living room. Heartfelt and nostalgic, the video weaves a compelling tale, invoking a teary response. The band further explain the song’s meaning and music video inspiration. “Last Legs centres around the story of members Kyle and Dylan losing their childhood dog.

“However, the story is somewhat bittersweet. Corky was expected to live for a mere three months after being diagnosed with cancer, yet survived another two years. The song focuses on the events leading up to her passing and the new feelings of grief that the boys experienced as they had to say goodbye to their beloved family beagle.”

AGAPANTHER have plenty happening, including an upcoming August tour with Bad Juju following the release of Last Legs single and video on July 30.

The band are also releasing an exclusive split vinyl A World Extended Past Yourself on August 6, which will include the new single and will be available at upcoming AGAPANTHER and Grizzly Shark shows.