10 Underrated Clash Songs You May Not Have Heard Before! 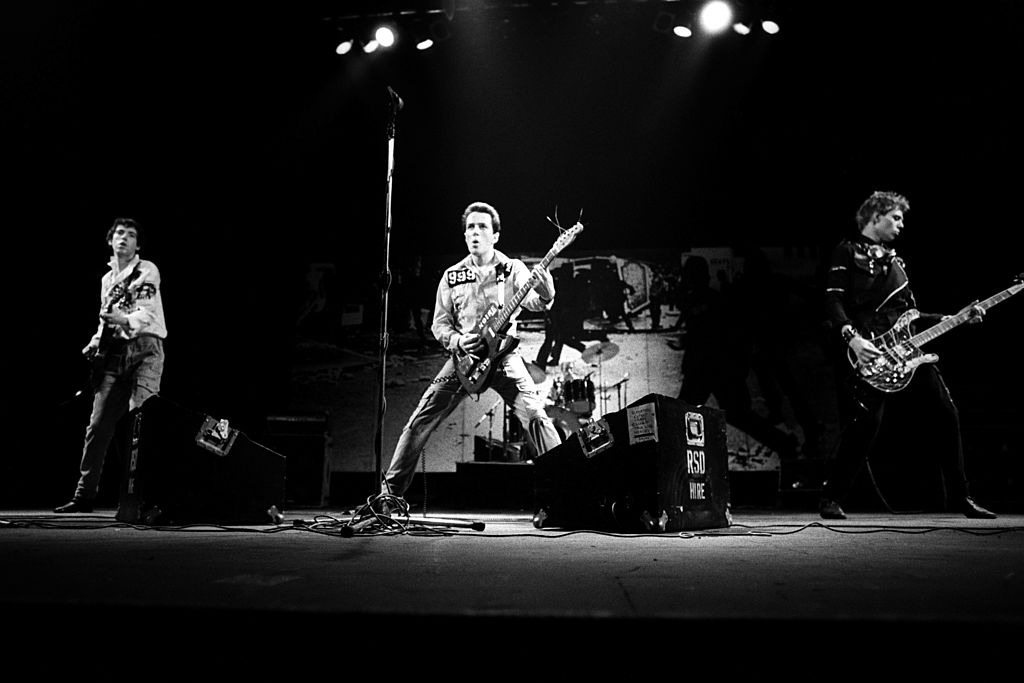 The Clash requires no introduction. As one of the most famous bands of the 20th century even those poor souls who say they couldn’t name a Clash song if their life depended on it, will, if they heard them, know the hits London Calling and Rock the Casbah. But many believe that the Clash were so much more than their hit records.

For a band that was as great as their time together was short, their back catalogue is nothing short of impressive and there are many brilliant Clash songs that sadly only the most ardent fans could probably name.

Punktuation! has picked ten lesser-known and we believe, underrated, Clash tracks to help you become a Clash know-it-all and hopefully help you appreciate just why The Clash really were “the only band that ever mattered!”

Gates of The West

Gates of the West from the Cost of Living EP ia a tale of escape to the USA. Sung by Mick Jones, it references a journey from London (Camden Town Station) to New York (44th and 8th) motivated by the desire for ‘something new’. The track was clearly influenced by the song Time is Tight by Booker T and the MGs as the opening riff is remarkably similar – this perhaps speaks to the interest that Jones had in the music scene in America. The band never played the song live with Strummer claiming: “It’s just too complicated’ to play live.”

Every Little Bit Hurts from Clash on Broadway was originally a 1960s Motown song by Brenda Holloway. The song is one of many that showcases the voice of Mick Jones and is almost crooner-like in its forlorn lament of heartbreak. Not a typical Clash track by any means but it is an excellent cover and show’s just how incredibly versatile the band were!

The title of this Clash track comes from a line of dialogue spoken by the character Colonel Kilgore, a US cavalry officer in the 1979 film Apocalypse Now. who was obsessed with surfing and the “smell of napalm in the morning” This track was regularly performed live by the band and was a fan favourite.

Joe Strummer revealed to Musician magazine about how he proved that Tears for Fears stole a line from Charlie Don’t Surf for the title of their hit Everybody Wants To Rule The World.

“I was in a restaurant and saw the guy from Tears for Fears, and I told him ‘you owe me a fiver, pal’. I told him the title of his song was a lift of the first line of the middle eight in Charlie Don’t Surf. The guy reached into his pocket and gave me a five pound note.”

Hateful is an album track on London Calling that the band rarely performed live. A relatively simple song in terms of composition, the relatively upbeat sound belies the sombre subject matter of the lyrics. Considered to be inspired by the untimely death of Sid Vicious, Hateful demonstrates the anti-drug stance that Strummer took when seeing the devastation caused by heroin. “Hateful” struggled to find a place in the Clash’s live performances, and was only ever performed live three times: at their July 1979 shows in London at the Notre Dame Hall and the Rainbow.

An excellent song nestled in the band’s first album, this song tells a sad story of one person’s isolation and alienation as he bounces from one rejection to the next (turned away by the ping pong club, he then has to communicate with his mum via the letterbox). Strummer’s increasingly desperate cries of ‘What’s my name?’ in the chorus sends a bit of a chill.

This track is the only writing credit that original guitarist Keith Levene got from The Clash. Levene claimed he “have a hand” in every song but this was disputed by Joe Strummer who claimed that Levene was too busy doing drugs to rehearse and hence his subsequent sacking from the band.

Another brilliant song that the band never performed live due to the complexity of the arrangement. In the studio, Strummer said there was an attempt to emulate the Phil Spector ‘wall of sound’ style of production and it certainly seems to have succeeded, as the song is a sumptuous treat for the ears.

The lyrics paint a rather depressing image of a habitual gambler being shot during a card game in some grubby bar, but the actual sound of the song is quite jaunty with a galloping pace that seems to make Mick Jones rather breathless in parts. Joe Strummer, who wrote the lyrics said. “I had been reading the poetry of Sylvia Plath, and the darkness of her words had an influence on the lyrics.”

You either love Broadway or hate it. This track from Sandinista is heavily jazz influenced and a solid example of the branching out the band would do musically during the recording of their most ambitious album. It is not exactly what you would call ‘catchy’, but the range of force shown in Strummer’s vocals as he tells the story of surviving in the harsh environment of an unnamed city.

The song is emotionally affecting, conjuring up imagery of shivering on the rain-soaked streets of some urban jungle such as New York or New Orleans. The opening line “It Aint My Fault it’s 6 o’clock In the Morning” is pure genius. This song was first played live during The Clash’s lengthy New York residency in June 1981 and remained in their live set on and off for the rest of their career.

Another song from the first album, that was originally written with Jones’ pre-Clash band London SS in mind. This is another song that has an anti-drugs message but in this instance the singer is fed up with a partner whose substance misuse has rendered her untrustworthy.

Early Clash guitarist Keith Levene, was of the opinion that “Deny” referred to him, but Mick insists it’s  about his then-girlfriend. Mick Jones has aslo said in interviews that Pretenders guitarist Chrissie Hynde “helped with the end bit.”

Written by Jones as an ode to his childhood friend Robin Crocker, Stay Free is a sweet song dedicated to the bromance between two school friends. Crocker had ended up in prison for robbery during which, Jones formed and achieved success with The Clash. The song seems to be aware of how two people can take two vastly different paths. Is it luck or is it judgement that separates the two? The song seems to suggest a bit of both and the closing line ‘Go Easy. Step Lightly. Stay Free’ is a fan favourite lyric that has adorned many a Clash merchandise.

Crocker told The Guardian in a 2008 interview: “After school I was working as a journalist and got laid off. I fell in with a bunch of people and we decided to rob some banks. I ended up in a maximum security jail on the Isle of Wight. By the time I got out Mick had formed the Clash. One evening he came over with an acoustic and played me ‘Stay Free.’ It’s a memento of a glorious band, a glorious time and a glorious friendship. Unfortunately, I didn’t Stay Free. I did a wages snatch in Stockholm and got banged up again.”

In early 1980 singer Joe Strummer was approached by American musician, arranger, songwriter, composer Jack Nitzsche, who was creating the soundtrack to the Al Pacino movie Cruising. Nitzsche asked Strummer to provide a song to the soundtrack. That evening Strummer arrived back at his flat in London to learn that a parking attendant in the area had been stabbed over an argument about a tiny amount of money. This incident inspired the lyrics to “Somebody Got Murdered.” In the end, the song wasn’t used in the Cruising score, so it went on the Sandnista! album instead.

Somebody Got Murdered was the first Sandinista! song to be played live when The Clash performed it at the Roxy in LA in April 1980. It remained a live fixture right up until Mick Jones was fired from the band in 1983.